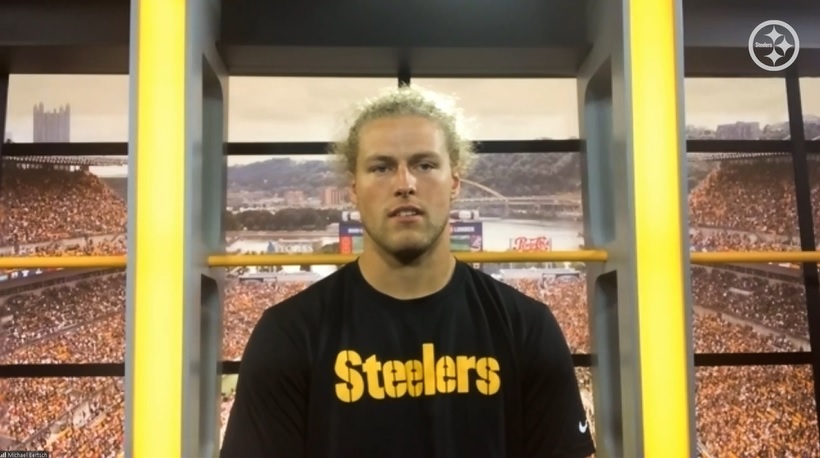 It wasn’t under ideal circumstances. For practice-squaders like OLB Derrek Tuszka, they rarely are. Due to T.J. Watt and Alex Highsmith sitting out Sunday’s game with groin injuries, Tuszka was elevated to the active roster, dressed, and play his first snaps in a Steelers’ uniform in yesterday’s loss against the Cincinnati Bengals. It wasn’t his NFL debut, seeing time with Denver a year ago, but it was by far the most snaps he’s ever played in one professional game.

Talking with reporters Monday, Tuszka described the process of exiting Denver and arriving in Pittsburgh.

“I was waiting to hear back from Denver if they’re going to send me to the practice squad or not,” he said via Steelers.com earlier today. “And Pittsburgh calls. It was an opportunity that I couldn’t pass up and took it as quick as they offered. So I was excited once I found out that they were interested, wanted me to come to their practice squad and give me an opportunity to compete for a spot.”

Denver drafted Tuszka in the seventh round during the 2020 Draft. He spent the year on the roster, missing the middle half of his rookie year with a hamstring injury. But he returned to finish the season out, recording six total tackles including one for a loss.

Cut at the end of the 2021 preseason, Pittsburgh signed Tuszka to the practice squad before Week 1. He spent the first two weeks there before being elevated on Saturday, He played 27 snaps in the loss to the Bengals, the same number of defensive snaps he logged his entire rookie season.

“I feel like I’ve been preparing and my number was called this weekend. So hopefully it just continues to build the Steelers trust in me and continue to give me opportunities like that.”

Tuszka’s play, though far from surprising, was a steep drop compared to Watt or Highsmith. The Steelers’ defense failed to record a sack for the first time in 1,800 days, a 2016 loss to the Patriots. Run defense was shaky as well, with Tuszka and others struggling to prevent cutbacks on zone runs. Joe Mixon ran for 90 yards on 18 carries.

With Tuszka being elevated, he’s reverted back to the team’s practice squad without needing to pass through waivers. If the Steelers are still hurting at OLB for Week 4’s game against Green Bay, odds are they’ll call him up again. Ideally though, if Watt and/or Highsmith can return, Tuzka’s services won’t be needed.