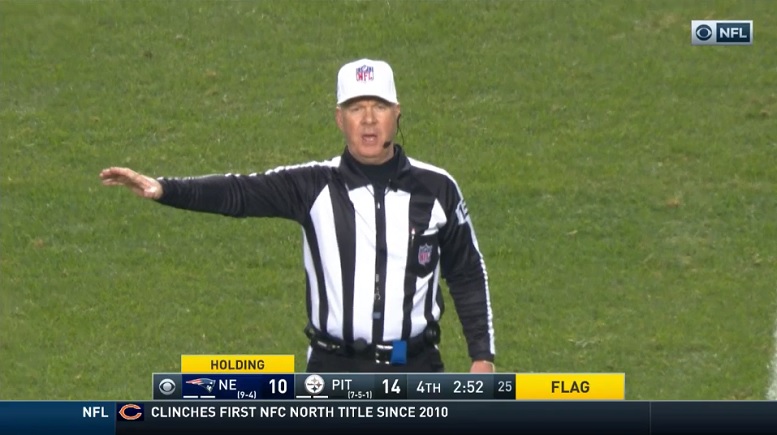 There wasn’t a bevy of offense in the first 30 minutes of Sunday’s Week 3 game between the Pittsburgh Steelers and Cincinnati Bengals. Up until the final 64 seconds of the first half, there was only one touchdown, prior to back-to-back scores from either team in the final minute to take things into the locker room with a 14-7 Bengal lead.

That early deficit (Pittsburgh trailed a good portion of the first half 7-0) put the Steelers in a comeback mode they spent much of the rest of the game in, though not just because of good plays by Cincinnati. The Steelers were unable to consistently chain big plays together, and frequent penalties slowed down any progress the team was able to make on offense. Among his areas for improvement from the Week 3 loss to Cincinnati 24-10, Tomlin cited both of those issues that kept Pittsburgh from getting the offense going in the first half.

“We’re not playing well enough. We’re not making enough plays, some of those one-on-one-type plays. And obviously, the initial part of this game, you saw the penalties every time we possess the ball,” Tomlin said. “You get a holding penalty, it’s a drive-killer, you know? The penalty aspect of play did not give us a chance to establish any rhythm, particularly at the early portions of the game. I think every possession we had, in the first quarter or so, it was penalty-laden.”

After only 10 combined penalties for 75 total yards in Weeks 1 and 2 (five flags in each), Pittsburgh worked its way to 10 penalties on Sunday, and came just shy of matching the total cumulative yards from Weeks 1 and 2 with 73 against the Bengals.

Six of those came in the opening half, for 36 yards, and affected four of the team’s six drives. That included all but the team’s final drive of the first quarter, a reason why the team was shut out during that time. Among that included flags for three of the five members of the team’s offensive line — illegal formation on Chukwuma Okorafor on the opening drive, a hold on Kendrick Green on the second drive, and a false start on Trai Turner on the third.

Joining those flags in the first half was an offensive pass interference call on Chase Claypool on the second drive, and a hold on Kevin Dotson on the fifth. The final penalty was on Melvin Ingram on roughing the passer, one of only two defensive flags in the game for the Steelers. The offensive line woes continued in the second half on a a false start on Dan Moore Jr. (giving every member of the team’s O-Line a penalty in the game), a false start on Okorafor, and a declined holding call on Green.

The Steelers haven’t hit double-digit penalties in a game since Week 2 of last season against the Denver Broncos. It was a series of issues that, as Tomlin addressed, made it harder for the team to get anything going on offense, and in part allowed the Bengals to retain a lead and an advantage during the opening half and into the second.