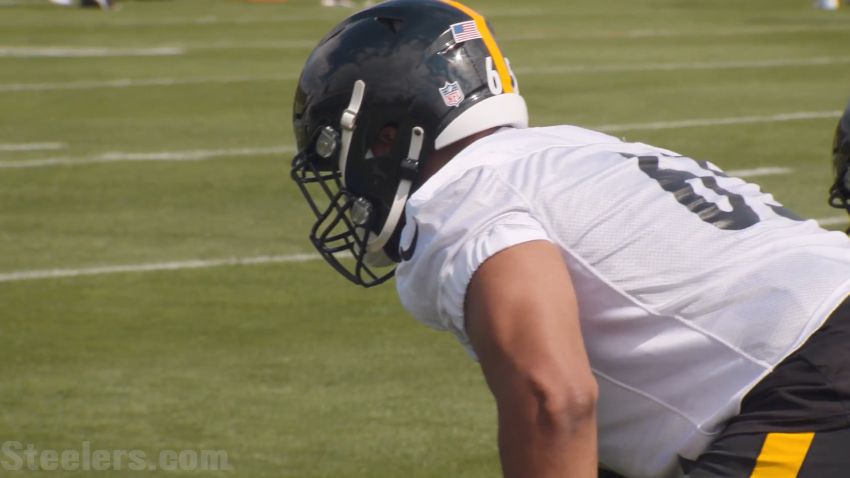 Ready or not, Dan Moore Jr. You’re about to make your first NFL start.

Matt Canada and the Pittsburgh Steelers think he’s up to the task.

On Tuesday, Mike Tomlin admitted that Moore Jr. came with “more than we anticipated” when they made him their fourth round pick this season. Speaking with reporters Thursday, offensive coordinator Matt Canada on what Tomlin meant when he said that.

“Obviously we get players, they have tools, you see what they can do physically when they come in,” Canada told reporters via team video. “And again, I repeat myself a lot, but I think that’s always the case. The football IQ of our guys who have come in, their ability to learn, to pick things up and to play at a very high level, at a very high speed.”

Moore Jr. struggled in his first few days of camp but rapidly improved and became one of the standout players of the summer, especially when the Steelers took the field in preseason action. He struggled in the season finale but was flipped to right tackle, practically a new position for him, and understandably took his lumps.

His learning curve was accelerated not just by his IQ but by his work ethic and experience. A multi-year starter in the SEC, he squared off against some of the best defenses in college football. Just look at what Kirby Smart and Georgia did to Clemson this past weekend. As we wrote when the pick was made, Moore Jr. had a strong baseline of a good athlete with top experience against A+ competition.

But the real test begins Sunday versus Buffalo. That’s when the game jumps to an even higher level, something Canada recognizes.

“Our game is, and it’ll be much faster on Sunday, then it’s been, right? Full speed, one’s on ones, here we come, one of the best teams in the league. But I think their ability to do that in such a quick rate is why we’re where we’re at with all those guys.”

Had Zach Banner not landed on IR, it would’ve been interesting to see who the team declared a starter at left tackle. Veteran Chukwuma Okorafor or rookie Moore. Instead, they’ll both start the opener with Okorafor on the right side, where he started 15 games a year ago, and Moore at his more comfortable spot of left tackle.