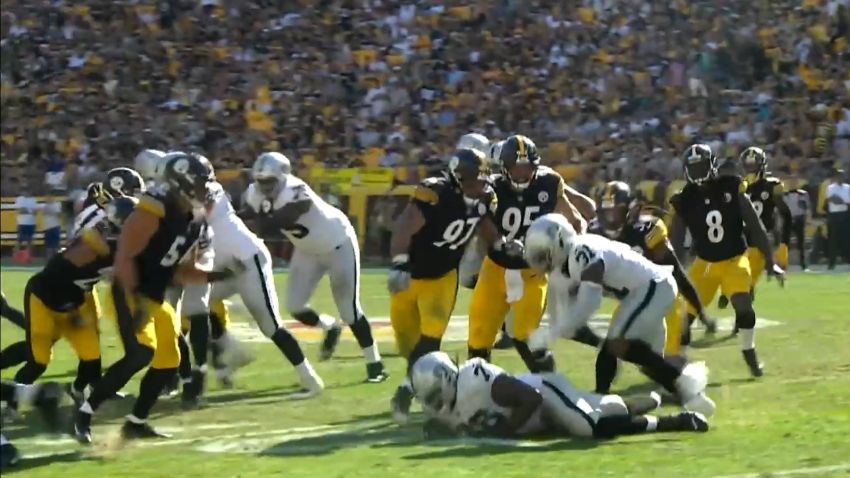 The Pittsburgh Steelers suffered a significant blow when they lost defensive tackle Tyson Alualu for an indefinite period of time. The veteran was injured on Sunday, dealt a fractured ankle, which may well keep him out until the 2022 season, assuming that he returns.

And the team doesn’t have a lot of experience behind him. Isaiah Buggs and Carlos Davis are the ones presumably in line to play the nose tackle snaps, but asked about his potential role there, veteran Chris Wormley said that he would be prepared to do it as well, particularly as the season evolves—such as getting Stephon Tuitt back.

“If [head coach] Mike [Tomlin] and [coach Karl] Dunbar, my D-line coach, wants me to play there, I can play there”, Wormley said yesterday, echoing comments that he made about his position flexibility earlier this year during training camp. He confirmed a few weeks ago that he had indeed taken some snaps at nose tackle.

“We have Carlos and Buggs, who I think are gonna do a great job at that position”, he added. “I’m excited for them to fill that role, but I can play up and down the line, so I’m excited for the challenge, whatever the game plan is each week that Mike T has planned for us. But until then, I’m gonna keep my position and stay where I’ve been, especially with Tyson out for the foreseeable time, and with Tuitt out for a while too”.

The return of Tuitt, of course, is the key variable, though the promotion of Henry Mondeaux from the practice squad also gives them options. Both Buggs and Davis are capable of playing inside and outside, but until Tuitt returns, Wormley is their primary defensive end.

Even then, I wouldn’t expect him to play much, if any, snaps at nose tackle, but it is important to have it in your arsenal, the way that Alualu himself did, the way that Steve McLendon and Chris Hoke had before them as well.

Even Cameron Heyward played some snaps at nose tackle on Sunday after Tuitt’s injury, at that point left with only himself, Wormley, Buggs, and rookie Isaiahh Loudermilk, making his NFL debut, dressed for defensive line play.

Barring something unforeseen, it will be Davis and Buggs who determine the quality of play from the defensive tackle position for the Steelers for the remainder of the seeing. Outside of injury, if they are not playing there, it will almost surely mean that they struggled too much to leave them there.