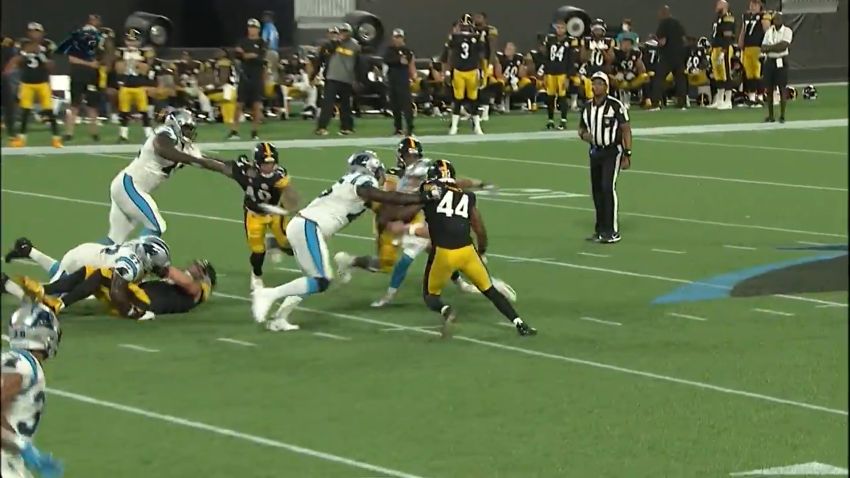 Topic Statement: Jamir Jones will be a meaningful part of the edge rotation.

Explanation: While Jones will not get as many opportunities as Melvin Ingram to play while spelling T.J. Watt and Alex Highsmith, Jones did earn his way onto the roster through his play both on special teams and on defense. It’s not unreasonable to imagine him garnering about 10 or so snaps per game in a secondary rotational role behind Ingram.

Anthony Chickillo would average about 15-20 snaps as a rotational contributor behind Watt and Bud Dupree. Ingram should see a similar amount, or even more, and even that should leave enough leftover for Jones to get on the field at times, for example, when both Watt and Highsmith are resting simultaneously.

The Steelers are inevitably going to be in some long drives during the season. They’re going to want to be able to keep their pass rush fresh in the hopes of getting off the field. That means you have to have at least two extra pass rushers you’re comfortable playing, and Jones wouldn’t have been kept if he wasn’t one of them.

It’s rare for a 3-4 team to have a third pass rusher as significant as Ingram. He is going to command a lot of snaps even without considering Jones. So if they’re going to have a hard enough time finding opportunities to get him on the field, the odds are there isn’t going to be much leftover for a first-year former college free agent who only has preseason experience.

Both Watt and Highsmith, even if the latter is still very early in his career, are two guys you don’t get off the field easily. They could very easily play 90 percent of the snaps in a game on their own, leaving the rest for Ingram as they alternate breaks. Expect to see something more like Ola Adeniyi’s 62 snaps in 2019 rather than something double or even triple that, barring injury.