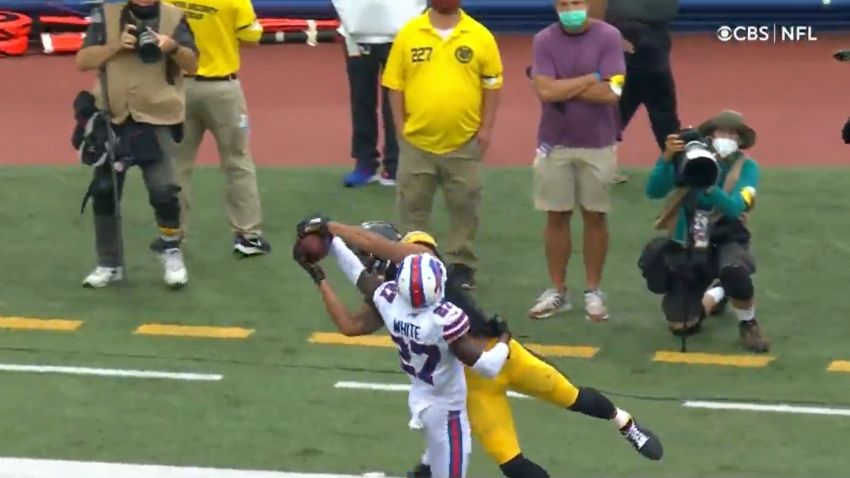 Topic Statement: Chase Claypool will be the first Steelers wide receiver to reach 100 receiving yards in a game this season.

Explanation: With the Steelers having a well-established top three wide receivers in JuJu Smith-Schuster, Diontae Johnson, and Chase Claypool, the production between the three tends to be evened out. Last season, the trio combined for exactly four 100-yard games.

I would say that Chase Claypool is pound-for-pound the Steelers’ most talented wide receiver, but if you really divide it by weight, that’s probably Diontae Johnson. But Claypool’s poundage is a part of his skill set, which allows him to dominate one-on-one matchups.

He caught three passes for 45 yards in just the second half on Sunday, adding 26 yards in defensive pass interference penalty gains as well. He is always a threat to make the big play down the field. They are bound to start hitting them, and he can flip the field in a hurry.

He is also a threat to take short passes a long way in the screen game, which I think we’ll see more of going forward. It’s only a matter of time before he is targeted more.

Even if Claypool could be argued to be the most likely to lead the team in many statistics, such as receiving yards, by the end of the year, the statement is regarding who will hit 100 yards first, and I favor the player who receives the most targets, that being Johnson.

Ben Roethlisberger only completed five of 10 passes in Johnson’s direction, and the duo only produced 36 yards of offense, but as they get their timing down, and as Roethlisberger frankly settles down and starts throwing more accurate passes, that is easily going to translate into a 100-yard game before anybody else. We might even see it happen tomorrow.