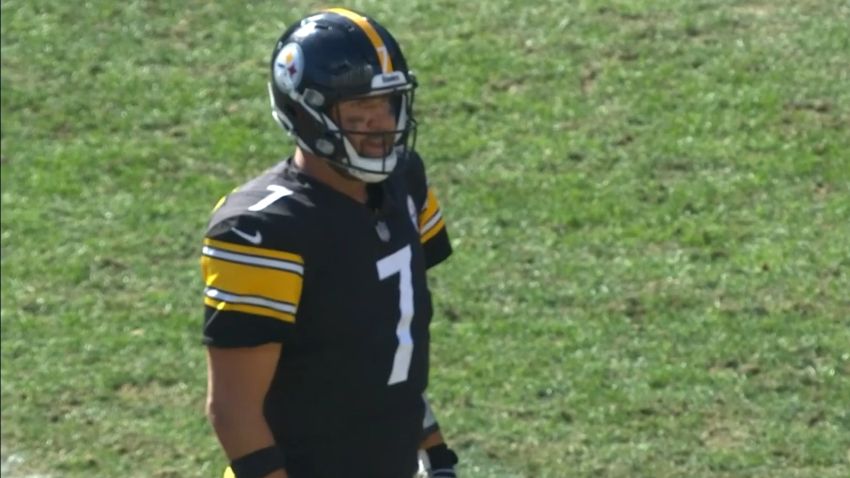 The Pittsburgh Steelers embarrassed themselves today. In every facet of the game, they disappointed. Even Chris Boswell missed a field goal. Pressley Harvin III hung several punts short. Ray-Ray McCloud let punts bounce. And the special teams was the least offensive unit.

While the defense’s utter inability to create pressure without T.J. Watt and Alex Highsmith was dreadful, the offense stole the show in ineptitude, even if you disregard the multitude of pre-snap and post-snap penalties and dropped passes. It was just not good. But you keep going, and keep working at it. That was quarterback Ben Roethlisberger’s message after the game.

“Just don’t quit. There’s a little something called pride when you play for the Pittsburgh Steelers, when you put the black and gold on”, he said. “You may not have the best day, things may not be going your way, but you don’t quit. You get back up and you fight”.

Ben Roethlisberger speaks to the media following our game against the Bengals. pic.twitter.com/k8NetuwX97

Roethlisberger did have to get back up numerous times throughout the game, in that he was knocked down repeatedly. Not only was he sacked four times, the Bengals were credited with seven hits, and he went down other times as well. He was also on the brunt end of an unnecessary roughness penalty.

But while he took a beating, he played to the final whistle, even if I’m not convinced everybody else did. The Steelers dropped passes on their final three plays of the game, turning the ball over on downs. One of them was from Chase Claypool, who did tough it out, returning to the game after exiting with cramps.

“It was instilled in me when I got here, and I hope I can keep passing it on to guys”, Roethlisberger said of the ‘never give up’ attitude. “I know the guys in the 70s and the Steel Curtain, everybody that has put this jersey on, knows what it means to be a Pittsburgh Steeler through wins and losses. We’ve just got to keep instilling that message to everybody”.

The good thing about a game like this—perhaps the only thing—is that it leaves plenty of room for improvement. It remains to be seen how much improvement they will actually see, but they should get some reinforcements back from injury, as Watt, Highsmith, and perhaps wide receiver Diontae Johnson may return next week.

It’s important as a group to have pride in your identity. But this is not an offense that has one right now, and they certainly did little to be proud of today. The pride comes into play when you put your head down and get right back to work and try to get better on the next play.