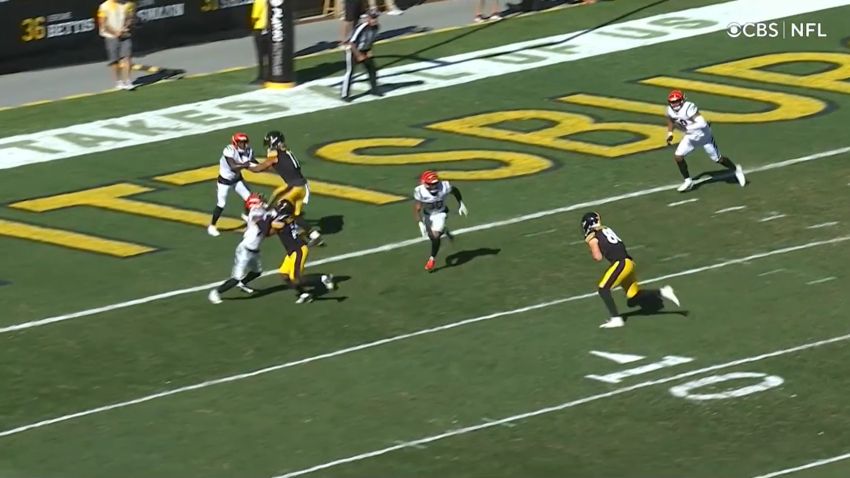 The Pittsburgh Steelers got docked for 10 accepted penalties during Sunday’s game against the Cincinnati Bengals, which proved to be a bitter loss. While that was not the reason they lost—the Bengals were penalized 10 times as well—penalties have been hindering an already fragile offense.

One penalty in particular quarterback Ben Roethlisberger simply can’t seem to understand. His big wide receiver, Chase Claypool, was twice flagged for offensive pass interference penalties. The second was particularly costly, coming in the Bengals’ end zone, and resulting in their being backed up, ultimately settling for a field goal.

“When you talk about penalties you have to be careful because you can get fined if you speak your mind and speak the truth on it”, he told reporters earlier today. “I don’t know what Chase can do differently on offensive pass interference when he’s running a route and the defender runs into him. He’s got to protect himself so he’s going to, of course, get in the way. I don’t know how you change that”.

While it may have seemed mystical to him, and this is something that he talked about on Sunday after the game as well, it wasn’t to head coach Mike Tomlin, so perhaps Roethlisberger didn’t hear his head coach’s press conference.

“I didn’t need an interpretation. I understand the rule”, Tomlin said when he was asked about Roethlisberger’s Sunday remarks about wanting clarification on the OPI rule. “That penalty is more likely to get called in that area of the field because you have the goal line, and you see contact happen within the goal line”.

The play in question came on first and goal from the three with 10:43 to play in the fourth quarter of a 24-7 game. They ran a screen to tight end Pat Freiermuth out of a bunch formation, with Claypool and Ray-Ray McCloud as his blockers. Claypool clearly extended his block well into the end zone before the pass was thrown, a rather ‘healthy’ yard indeed.