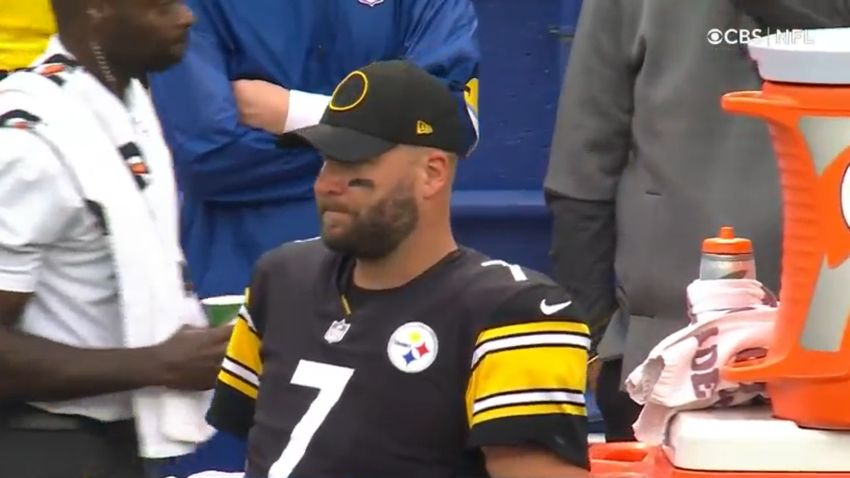 Calling this Pittsburgh Steelers offense anything but a work in progress is being disingenuous. It clearly is. They have multiple starting offensive linemen who are very much figuring out the difference between college and the pros, for one thing. And running back Najee Harris is finding out in a hurry just how much “more fair” the competition level is in the NFL compared to Alabama.

But they did enough, in coordination with their offense and special teams, to pull out a strong team victory today against a very tough Buffalo Bills team that returns 21 of 22 starters from a 13-3 year in 2020, with the only new starter being none other than Emmanuel Sanders, who had some clutch catches in the game.

“I’m proud of the way that we finished, but not satisfied, because we should’ve stayed on the field”, quarterback Ben Roethlisberger said of how the Steelers closed the game on offense. “We should’ve stayed on the field and used all the clock. I told the guys, ‘good job, but not good enough’ at the end of the game. We did use up enough clock, we got some first downs that we needed to, but we’d like to finish it on the field”.

The Steelers got the ball back with 5:23 to play in the fourth quarter after a Bills field goal cut the lead to seven. They ended up executing a nine-play, 49-yard drive that ended in a field goal, but which still left 2:42 on the clock after stalling inside the 30-yard line.

It was a pass-heavy approach even during the four-minute offense, and not by coincidence. It’s what they expected to see from the Bills’ defense, and why they coordinated their offense to give themselves options.

“There were a lot of RPOs in there, almost all of them. And we anticipated them to sell out to stop the run, so we had some different looks”, Roethlisberger said of their late-game approach, which featured more passing plays than one might predict. It applied to the whole of the second half as well, and was bolstered by his receivers making plays for him.

“I thought JuJu made a great catch, Chase made a great catch. Diontae got a huge—you hate that play to Diontae down the sideline, where it’s a potential touchdown but it’s only a hold, and it’s five yards”, Roethlisberger said.

In all, he got the football to eight different players on the day, even if that includes a one-catch performance for third-string tight end Zach Gentry on a screen that lost two yards. JuJu Smith-Schuster led the team with four catches for 52 yards, while Diontae Johnson was the one to get into the end zone on five catches for 36 yards.

It’s a start, and any start that ends up in a win is good enough to get moving.