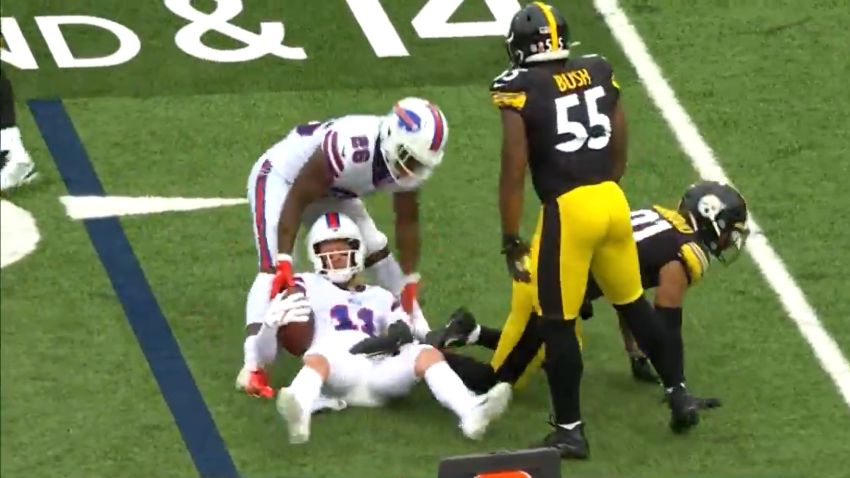 Reasoning: The third-year inside linebacker was a full participant in practice yesterday for the Steelers, a positive sign that he will return to the field for the next game.

Devin Bush looked, for the most part, like Devin Bush during the season opener on the road against the Buffalo Bills. He recorded 10 tackles and looked to have just about all of the speed and quickness that he exhibited before tearing his ACL in week six of the 2020 season.

Then he tweaked his groin on Friday and was held out of Sunday’s game against the Las Vegas Raiders, a loss in which Robert Spillane took his place, as he did last season. Spillane was going to start this year regardless before they traded for Joe Schobert.

The acquisition of Schobert, though, opened up possibilities for the coaching staff, two players they hoped to have the comfort in to be able to leave on the field in all situations. We saw indications of that in week one with both of them seeing time as the line middle linebacker in dime.

Though they didn’t play nearly as much dime this past week, Schobert was on the field for every snap. Assuming that Bush will be back this week from his groin injury, it will be an interesting game to see what the plan is, because the Cincinnati Bengals are a team that, at least through two games so far, really wants to spread the field.

Bush was a game-time decision whether or not to play, and participated fully yesterday, so those are two good indications that he should be able to return with no limitations. If he is a full go yet again today, that is what we should expect to see happen.

The more he plays, the closer he’ll get back to being not just the quick but instinctual player that nearly made him a Pro Bowler as a rookie two years ago. That is something that is still missing from this defense, and he can provide it, if given time.