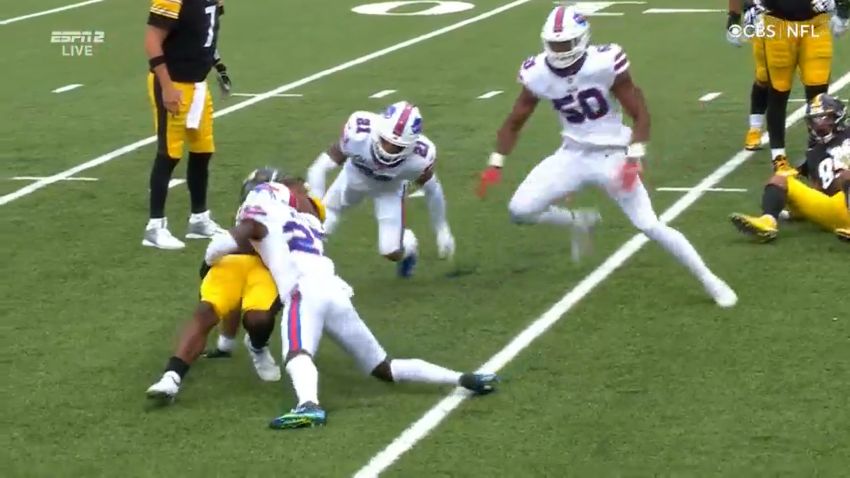 Question: Will the ground game have more success against the Raiders?

The Steelers were very unambiguous throughout the offseason in stating that renovating their running game was their top priority. They certainly through changes at the problem, centrally figured by the drafting of running back Najee Harris in the first round.

The rookie carried the ball 16 times last week in the regular-season opener, producing 45 yards. He averaged just 2.8 yards per carry, and about two thirds of his carries were unsuccessful plays. While a 25-yard reverse from Chase Claypool brought the team’s rushing average up to a more respectable 3.6 yards per carry, that is obviously not what they had in mind when talking about fixing the running game.

I do not think that they held any illusions that everyone would fall into place by the beginning of September. This is, after all, an offense that features not one, two, or even three, but in fact four rookies in the starting lineup, including two along the offensive line. Growing pains were inevitable.

But how soon can we realistically anticipate seeing some progress? The Steelers did run the ball better in the second half last week than they did in the first. Can we see them take a step forward a week later, this time at home?