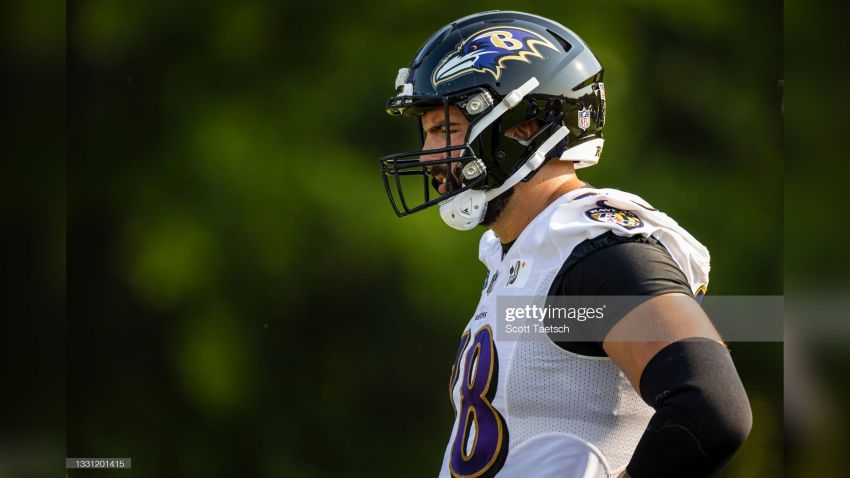 Part of the Pittsburgh Steelers’ major transition along the offensive line taking place this offseason was to some degree voluntary, though driven by financial reasons. That included the decision to move on from left tackle Alejandro Villanueva after seven seasons with the organization, first brought in as a defensive end who was just cut by the Philadelphia Eagles.

Now transitioning to a new city and a new side of the line playing right tackle, Villanueva spoke to reporters yesterday about what it has been like to go from the Steelers to the Ravens, as one of the most high-profile players to cross that rivalry line.

“Obviously it’s been crazy to play for another franchise after being so comfortable in Pittsburgh”, he said. “The training camp is the same, teammates. I think the Steelers are a franchise that banks on continuity and doing things the same way, and so, getting out of that comfort zone, it sort of reminded me of my roots in the NFL and how I came to the league and the path that I had to take”.

Villanueva has had one of the more roundabout NFL journeys of any successful player I’m aware of. An Army graduate, he failed multiple times on multiple occasions to sign to a 90-man roster as a tight end tryout. In between attempts, he served tours of duties overseas, including in war zones, for which he was decorated.

When he signed to Kelly’s Eagles, as a defensive lineman—after playing tight end, defensive end, tackle, and even wide receiver in college—it was the first time that he was ever even signed to a team, several years after first graduating. Then Mike Tomlin saw him across the sideline during a preseason game, and they decided to stick him on the practice squad and develop his as a tackle after Philadelphia let him loose. But in the end, it’s all made him used to change.

“I was very comfortable. I remember with Chip Kelly in Philadelphia, and I became really good friends with everyone – Fletcher Cox, Vinny Curry. I had an amazing D-line room”, he said, “and then one day, I was the first one to be cut, and then I had to start all over again. And I remember going to Pittsburgh and being like, ‘Oh, I don’t know any of those teammates. The organization is new”.

“Ultimately, this is the 18th city I’ve lived in in my life, so I’ve done the transition many, many times in my life”, he added. “I’ve been the new kid at school, and so this feels more natural than anything else”.

Now it will be on Steelers fans to make the adjustment to seeing him in the purple and gold. The same with Bud Dupree, now with the Tennessee Titans. It can’t be worse than James Harrison in a Patriots uniform, can it?