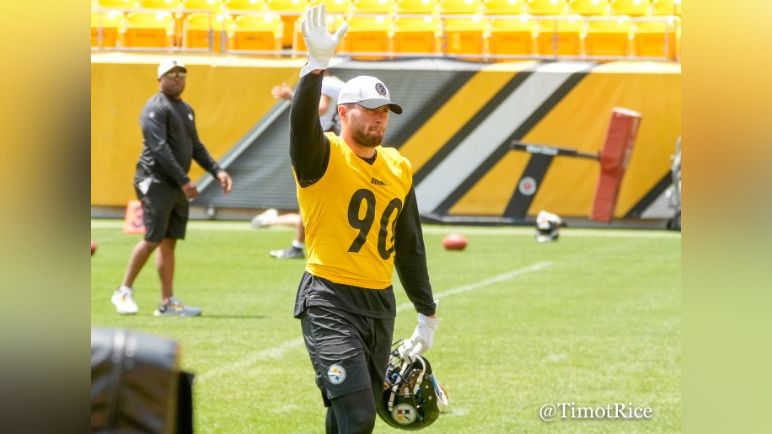 It’s no secret that Pittsburgh Steelers’ outside linebacker T.J. Watt is one of the best players in the entire NFL. At this point, Watt is a perennial contender for Defensive Player of the Year, is on pace to be the Steelers’ all-time sacks leader, and is currently on a pace for a spot in the Pro Football Hall of Fame.

Ahead of the 2021 season, Watt continues to receive praise and overall attention, this time from NFL.com’s Brian Baldinger, who named Watt one of the top 10 players in the NFL for the upcoming season from the 2017 NFL Draft, which — in hindsight — is a loaded draft class overall.

Watt, who was the 30th pick of the 2017 NFL Draft, has recorded double digit sacks in each of the last three seasons with the Steelers, is in line for a massive extension with the Steelers prior to the start of Week 1 and will become the highest-paid defensive player in football.

Though he is not practicing at this time as he stages a sort of “hold in” with the Steelers until a deal is done, Watt is going to be a force every single week for opponents. Knowing that, Baldinger placed him at No. 4 overall in his top 10 list of players from the 2017 NFL Draft class ahead of the 2021 season.

Baldinger focused on the field only, which is why Watson appears here at the moment, but No. 4 feels a bit low for Watt, considering what he’s done the last three seasons.

“The 30th overall pick and eighth edge rusher taken in 2017, Watt has set himself apart when it comes to sheer destruction,” Baldinger writes. “His back-to-back first-team All-Pro nominations show he is receiving the respect he covets. When it comes to consistent dominance, he can perhaps only be overshadowed by what we saw from his older brother, J.J. Watt, during his three-year Defensive Player of the Year run. T.J. Watt can win on the right or left side, standing up or with his hand in the dirt, or when in a roaming position (which he is prone to be in). With 49.5 career sacks (third-most in the NFL since 2017), Watt must be game-planned for on all important downs.”

Knowing the problems Watt causes for offenses, it’s hard to understand how or why Baldinger would place Watt behind someone like Kamara, who is great in his own right. Regardless, the Steelers were lucky to have Watt fall to them at No. 30 overall in 2017, becoming the eighth edge off the board.

Could you imagine a world in which Watt isn’t a Steeler and instead the Steelers had one of these names at OLB? Hassan Reddick, Derek Barnett, Taco Charlton, Charles Harris, Takkarist McKinley, Tyus Bowser or Ryan Anderson? Yikes.