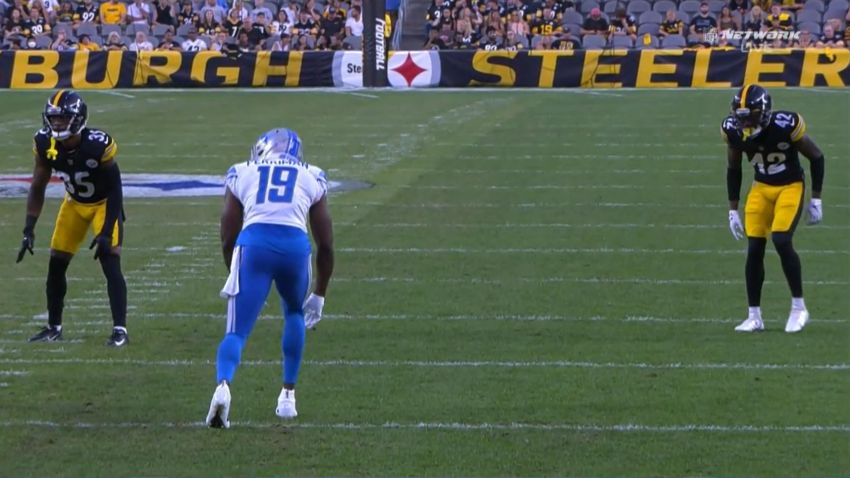 A new Mike Tomlin phrase might have just topped the rest. Tomlin was extra colorful in updating the ongoing battle to be the Pittsburgh Steelers’ nickel corner, the fifth DB on the field when the defense uses sub-package, which it does a majority of the time.

In layman’s speak, the battle hasn’t been decided. In Tomlin speak, he phrased it a different way. Speaking with reporters after Monday’s practice, Tomlin was asked if James Pierre had locked up the nickel job.

“We’re still squirreling those nuts,” Tomlin told reporters via a team transcript. “He’s got another big game. He got some practice this week, he, and others. He and [Justin] Layne are doing a good job. We’ll keep watching.”

As of now, it’s hard not to think James Pierre will be part of the Steelers’ nickel defense, at least to some degree. Not as the slot corner but the right outside cornerback which would shift Cam Sutton to the slot. At the least, that’s the grouping Pittsburgh is likely to use in obvious passing situations. Last week, Tomlin hinted they could use Antoine Brooks Jr. or Arthur Maulet inside in run situations.

Pierre has been the third best cornerback in training camps. An impressive combination of size and athleticism, he’s made plays with the ball in the air and finished camp with a pair of interceptions, second most on the team only behind Minkah Fitzpatrick.

On the other side, Brooks has missed a significant amount of time with a leg injury while Maulet has been just average and injured his ankle early in Saturday’s win over Detroit.

The bottom line is the Steelers need to play their best five guys. Those are: Minkah Fitzpatrick, Terrell Edmunds, Joe Haden, Cam Sutton, and James Pierre. Though Sutton might not be the ideal, Mike Hilton 2.0 version in the slot, in a pass-happy world, his and Pierre’s ability to cover win out.

Moving Sutton to the slot is a move he’s comfortable with, too. It won’t take more than a week to get him ready and the team has already given him some work there in the late stages of camp and the preseason.