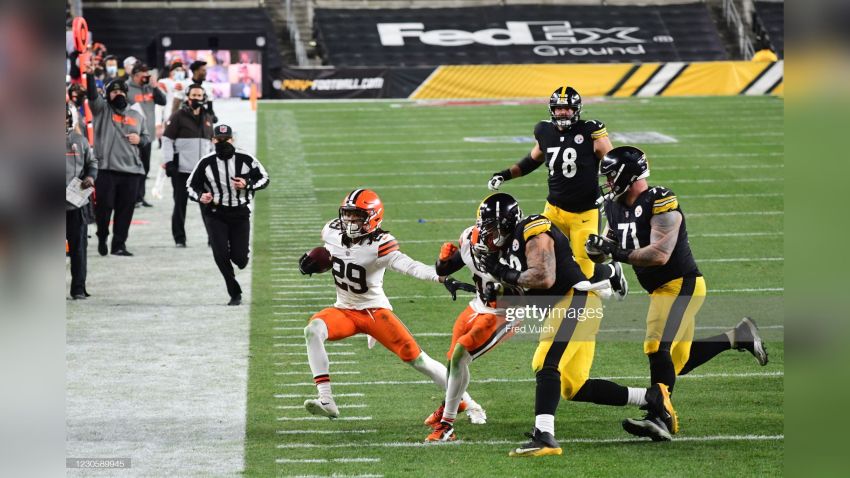 Former Pittsburgh Steelers second-round pick Sean Davis was released yesterday by the Indianapolis Colts. This is the second time in as many seasons that he has signed a one-year deal as an unrestricted free agent after leaving the Steelers, only to be cut before the season starts.

Don’t expect an encore of last season, however, when Pittsburgh quickly swooped in to re-sign him and install him as their backup safety. I’m not going to say that it won’t happen; but if they were interested in bringing him back, they would have done so when he was still available when he signed for the minimum.

There is another safety who was released yesterday who should be of greater interest, instead, that being former Cleveland Browns fourth-round draft pick Sheldrick Redwine, who is only entering his third season. Given that he only has two vested seasons, they would either have to successfully claim him off waivers or hope that he clears waivers in order to sign him then, but it is a name worth considering.

A 24-year-old out of Miami, Redwine has started eight of 27 games over the past two seasons, recording 69 tackles with an interception. He has missed most of the Browns’ training camp, including two of their three preseason games, due to an ankle injury.

His absence allowed rookie fifth-round pick Richard LeCounte III the opportunity to move up the depth chart, as he is expected to hold onto the fourth safety job behind free agent signing John Johnson, second-year Grant Delpit, and veteran Ronnie Harrison Jr.

Redwine’s most notable play of his career so far came in his second-to-last game played, as he recorded an interception against Ben Roethlisberger and the Steelers during their Wild Card Round victory over Pittsburgh back in January.

That came late in the first quarter in a 21-0 game when Roethlisberger forced a 2nd-and-20 pass over the middle. He fired high, overthrowing Diontae Johnson, and it was picked off by Redwine near midfield. It wasn’t the most impressive play in the world, but any ball a defensive back catches counts, given the number of drops we’ve seen (rookie Tre Norwood, who intercepted five passes in college last year, dropped one in the Steelers’ preseason finale).

Norwood and free agent special teams specialist Miles Killebrew are lined up to be the Steelers’ two backup safeties behind Minkah Fitzpatrick and Terrell Edmunds. Second-year Antoine Brooks Jr., who was playing in the slot, is on the Reserve/Injured List and not eligible to be designated for return unless he negotiates an injury settlement and then waits months before he’s eligible to be re-signed.