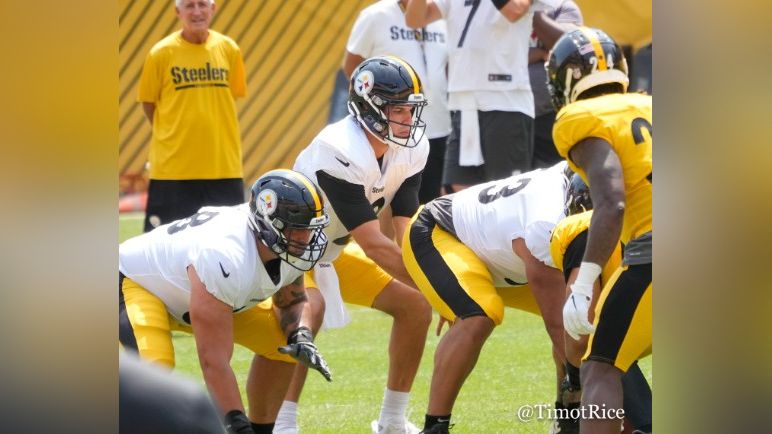 The Pittsburgh Steelers will play their first preseason game of 2021 on Thursday night against the Dallas Cowboys and on Tuesday we learned from head coach Mike Tomlin what the quarterback rotation should look like in that Hall of Fame game contest in Canton, OH.

According to Tomlin during his Tuesday noon press conference, quarterback Mason Rudolph will start the Thursday night preseason opener against the Cowboys as veteran quarterback Ben Roethlisberger is expected to be held out of that contest.

“I think we made a decision today in anticipating that maybe Dwayne will maybe finish the first half and Dobbs will finish the game,” Tomlin said on Tuesday. “Because we’re going to work two minute [offense] today and we’ll have two sets and those are the two quarterbacks we chose just in anticipation of trying to get the guy’s game ready that could be in the game at those moments.”

As for whether or not Haskins will open the second half as the Steelers quarterback, we’ll have to wait and see.

“But that’s as far as I am down the road in terms of identifying how much guys are playing and things of that nature,” Tomlin said. “You’ve just got to kind of forecast for the efforts of work. And so those two guys will get the two minute and those are the probable guys that could be in the game at those moments on Thursday night.”