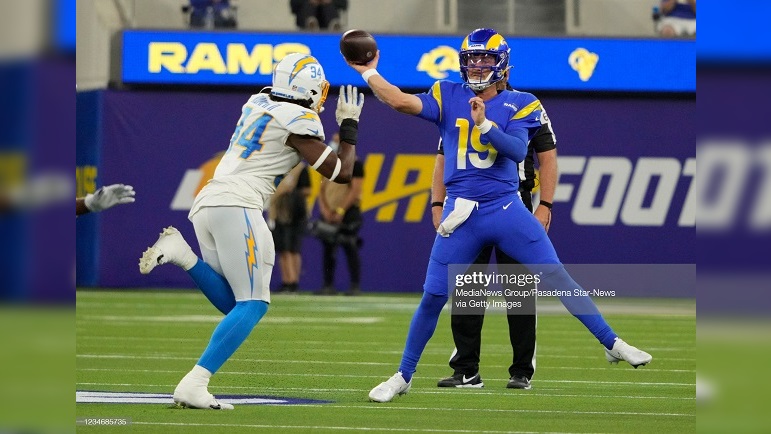 Former Pittsburgh Steelers quarterback Devlin Hodges won’t be on the 53-man roster of the Los Angeles Rams in 2021, as the former undrafted free agent out of Stamford was waived by the team on Monday, according to several reports.

Hodges, who spent most of the 2020 season on the Steelers practice squad, was not re-signed by the team during the offseason. Hodges then proceed to sign with the Rams in January.

Hodges was signed by the Steelers as an undrafted free agent in 2019 and ultimately landed on the team’s 53-man roster after starting quarterback Ben Roethlisberger suffered a season-ending elbow injury in Week 2 of that regular season.

In his four seasons at Samford, Hodges threw for 14,584 yards, 111 touchdowns and 41 interceptions. He won the Walter Payton Award in 2018 as the most outstanding offensive player and set the FCS record for the most career passing yards.

This might now be the end of the road for Hodges in the NFL unless he is signed to a practice squad.

The Rams also cut ties with former University of Pittsburgh safety Paris Ford on Monday, as well. Ford signed with the Rams as an undrafted free agent this year.

After playing in seven games in 2020 for Pittsburgh, Ford opted out of the remainder of the season to prepare for the 2021 NFL Draft, ending the season while he led the team with 45 tackles and 3 interceptions.