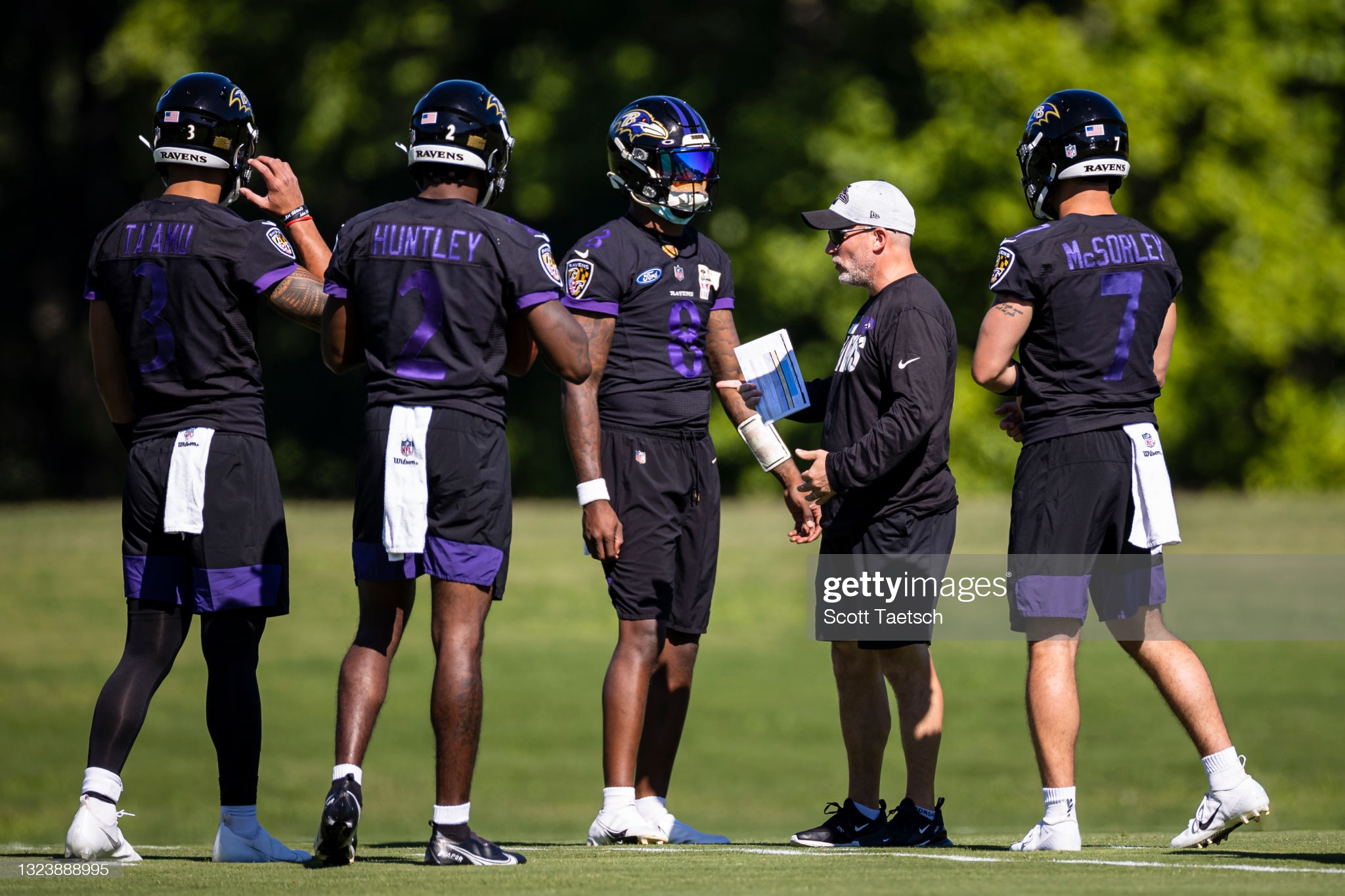 Tyler Huntley was a college free agent out of Utah, signed by the Baltimore Ravens, and spent most of his rookie season on the practice squad, sitting behind quarterbacks Lamar Jackson, Robert Griffin III, and Trace McSorley. With Griffin now gone, and McSorley currently injured, he was already a lock to make the initial 53-man roster, before balling out last night in the Ravens’ 20th consecutive preseason victory.

The second-year man accounted for four touchdowns in all against the Washington Football Team, going 24-for-33 with his arm, throwing for 285 yards and four touchdowns. He ran for another score, the only rushing touchdown of the game for either side. While Jackson did open the game, he most enjoyed being an observer.

“I’m glad I ain’t playing against him”, the fourth-year veteran said of the man who could potentially be his primary backup this season. “I was cheering like a cheerleader. I just didn’t have the pom poms. He was getting off. What was it, five touchdowns? Pshhh, we need to keep it going homie, for sure”.

Griffin has been the Ravens’ primary backup for the past three seasons, but is no longer in the picture, leaving McSorley and Huntley to compete for the job. The former is currently dealing with a back injury, but the consensus seems to be that it was the latter who was likely to win the job, anyway.

“It feels good, just a long camp”, Huntley said after last night’s game about being able to put up the numbers he did. “I think we’ve been in camp for six weeks. It feels good to end on a good note and get ready for the regular season. It feels like it gave us good momentum to get us ready for the Raiders on Monday Night”.

Huntley did record 389 rushes during his college career, though only for 1,146 yards, averaging 2.9 yards per carry; in other words, he’s not exactly a carbon copy of Lamar Jackson. But they do think that he has enough mobility for the offense that they want to run.

Any quarterback who is out there this year should benefit from a better complement of wide receivers, including the signing of Sammy Watkins in free agency, the drafting of Rashod Bateman in the first round, and the continued growth of young players like Marquise Brown, Miles Boykin, and Devin Duvernay, though most of them have spent time sidelined during training camp.