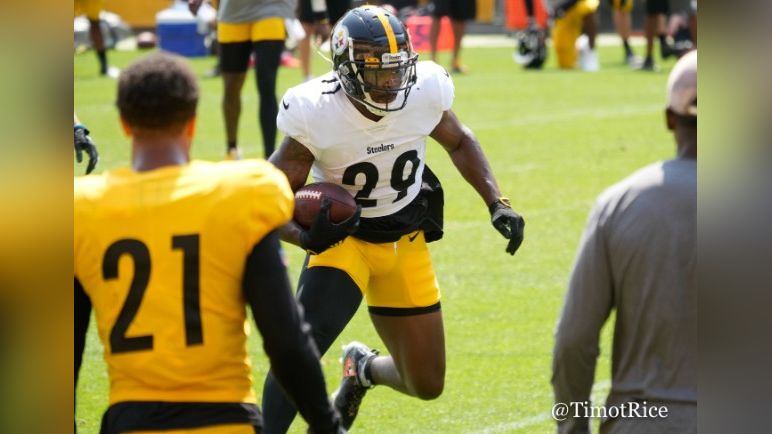 The Pittsburgh Steelers are hoping to revitalize a running game that finished dead last in the NFL during the 2020 season, and have explored just about every avenue available to them to do so, addressing the play-calling, the offensive line coaching, the offensive line personnel, the skill position blocking and personnel, and, of course, the running back position itself.

The headline for all of these changes is, of course, first-round running back Najee Harris, but he is not the only new face in the backfield, as they also signed veteran Kalen Ballage as a free agent. He has a chance to make the 53-man roster, and by the sounds of it, he’s certainly hoping he can stick with this team in particular, after his prior experiences.

He said that the Steelers are “completely different in every way possible, from the top down”, in comparison to his other stops along his NFL journey, starting with the Miami Dolphins in 2018. He also spent time with the Los Angeles Chargers and the New York Jets last season (no link to the interview is currently available). “This is by far the best organization that I think I’ve been part of”.

Those are strong words, though, I’m not sure the Dolphins, Chargers, and Jets offer the stiffest competition that the NFL has to offer. There are certainly former Steelers who have found themselves comfortable in new homes in the past, such as Emmanuel Sanders. But you don’t always have a choice about where you are.

“It’s really out of my control, to be honest with you”, Ballage said of his being on his fourth team in three years. “I spent two years in Miami, and that didn’t go the way that I wanted it to go. I went to the Chargers, got a completely different head coach at the end of the year. Something I can’t really control. And now I’m here with the Steelers, so…”.

The former fourth-round draft pick has only averaged just 3.1 yards per carry over the course of his career across 201 rushing attempts, accumulating 629 yards in the process. He has eight career rushing touchdowns, and also has 52 receptions for 285 yards.

Ballage played well for the Steelers in the Hall of Fame game, better than his line of five rushes for 19 yards and a carry might indicate, but he suffered an injury at that time that had kept him out of practice until earlier today, requiring that he miss the second preseason game.

Now back in action, he has two more games to prove to the coaching staff that he deserves to have one of the three or four running back spots on the 53-man roster. Harris, of course, will have one, with Anthony McFarland likely another. Third-year veteran Benny Snell would be his main competition if the Steelers only keep three halfbacks, but he may also have to fend off a Jaylen Samuels or Tony Brooks-James for a fourth.