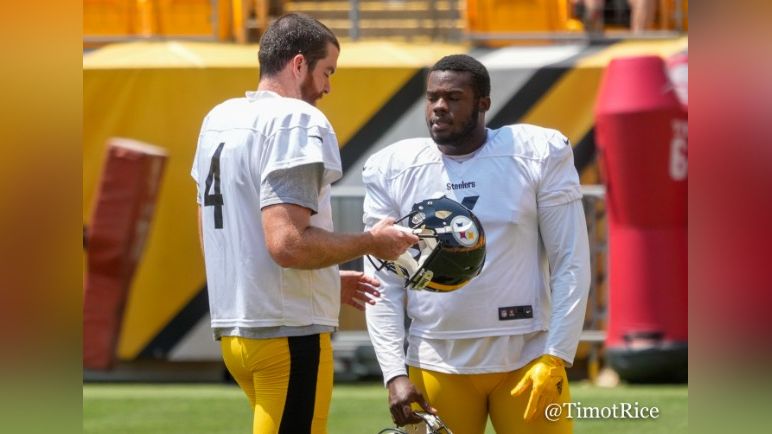 Competition is supposed to bring out the best in people. That doesn’t always happen, but it does appear to be the case between Jordan Berry and Pressley Harvin III, the two men who are competing for the Pittsburgh Steelers’ punting job.

Berry, outside of a five-game stretch to start the 2020 season, has been the Steelers’ punter for the past six years, originally unseating then-incumbent Brad Wing for the job. At least, they were comfortable enough with him that they were willing to go with him when the New York Giants offered them a draft pick for Wing.

Harvin is a rookie seventh-round pick whose distinguishing feature is the fact that he is closer to the size of a linebacker than your average punter. And obviously, whenever a team drafts a specialist, the assumption is that he is going to win the job.

“He’s a good bloke”, the Aussie incumbent said of his rookie competition, following practice yesterday. “He pays attention pretty well. He’s trying to pick up as much as he can. Just following how we go about our practice, just the different procedures, whether it’s a field goal, punt, all that kind of stuff, during the game, after the game, practice, all that stuff”.

“He’s definitely got a strong leg”, Berry said of Harvin, who did not get to show it off during his game. “It’s the NFL; anyone they bring in at this level’s gonna have a strong leg. I think it’s pretty similar to me; big, strong leg. That sort of thing’s not gonna be bad. It’s going to just be the consistency between the two of us”.

Still, most are of the assumption that, as long as Harvin is really even close to Berry, the Steelers are going to favor the rookie with higher upside. While Berry may want to compare legs, it’s clear who has the greater power, and the higher ceiling. But sometimes, it’s more about the higher floor.

Still, he sees the strides in Harvin, whom he has met before. “He’s learning and come along quite well”, he said. “What was pretty funny is we actually did a high school camp like five, six years ago and he was at it, so that was pretty neat”.

Now he’s back instructing him yet again, only this time it might cost him his job. Though perhaps he will have an opportunity, like Wing, to be traded to a team in need of a punter.