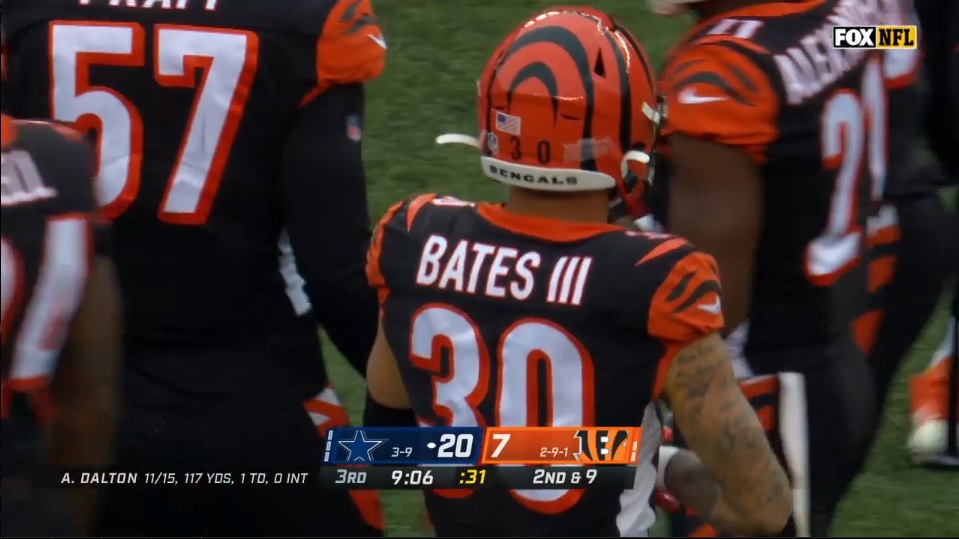 Former Pittsburgh Steelers cornerback Mike Hilton said earlier this offseason that one of the reasons he was excited about the opportunity to sign with the Cincinnati Bengals in free agency was for the opportunity to play with the best safety in the NFL in Jessie Bates III (implying, of course, that his former teammate, Minkah Fitzpatrick, is not the best).

Though Hilton signed a four-year deal with the Bengals, one now has to wonder how long he will get to play with Bates, as the fourth-year safety now appears resigned to the idea that he and the team will not work out a long-term contract extension before the start of the regular season, and he is due to be an unrestricted free agent.

“I think as far as my contract goes, I guess I haven’t done enough yet to be considered one of the top safeties in the league, which is fine”, he told ESPN. “That’s fine with me”, which is something that you always say when things are actually fine with me, especially twice. “I’m going to work just like any other day, my first three years being here”.

Bates was drafted in the second round in the 2018 NFL Draft, the same year the Steelers’ two starting safeties—Terrell Edmunds and Fitzpatrick, originally drafted by the Dolphins—came into the league via the first round.

He has started every game of his career thus far, accumulating 320 tackles with nine interceptions, 31 passes defensed, and two forced fumbles, including one pick six, yet despite consistent production—100-plus tackles with three interceptions every season—he has yet to make his first Pro Bowl.

Still, he is regarded by many as one of the top safeties in the NFL, and he would seem like a player that you would want to keep in your organization, especially when the rest of their secondary is made up entirely of free agents.

In addition to Hilton, the Bengals’ other starting safety is Vonn Bell, signed in free agency last year. Their two starting outside quarterbacks are Trae Waynes, signed last year, though he was injured, and Chidobe Awuzie, a 2021 free agent addition.

“I’ll let my agent work out the numbers and stuff like that”, Bates added during his comments, which he made on Thursday, later saying that it would be the last time he comments on his contract status. “I’m going to be the best teammate, the best leader that I can be for the 2021 Bengals”.

He recorded a career-high 109 tackles in 2020 long with three interceptions, 15 passes defensed, and a forced fumble. He said in June that he would love to be in Cincinnati long-term, and that “the money part of it will come”. But if it does, it will most likely have to wait until next year at this point.