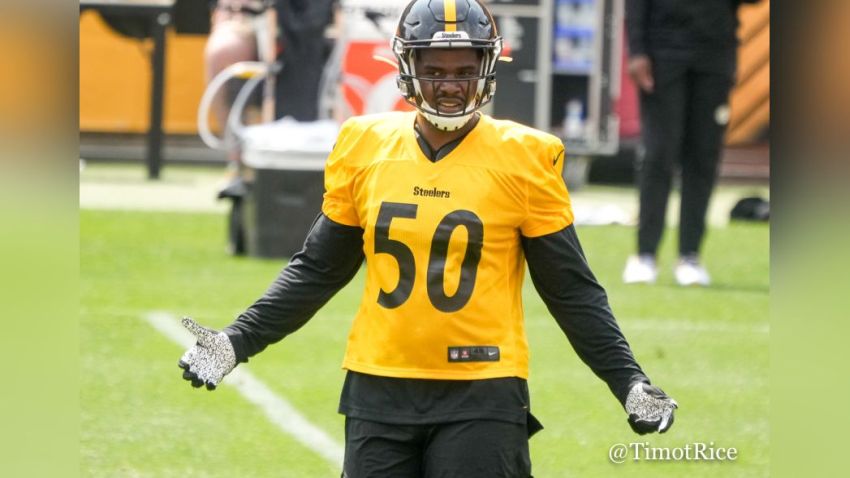 The Pittsburgh Steelers have made another roster move as they continue to trim their roster down to 53. According to ESPN’s Jeremy Fowler, the team has released OLB Jamar Watson.

He logged more time thanks to TJ Watt’s hold-in, giving Watson consistent third-team reps, but his play wasn’t anything noticeable or substantial. Here’s what we wrote in our camp recap of his summer.

“Jamar Watson: No one should be happier about TJ Watt’s “hold-in” than Watson. If Watt practiced, Watson would’ve been domino’d and bumped from his third-string ROLB spot. And the few reps he had would’ve been even harder to come by. Watson is a big body who one day, with his jersey rolled up, I thought was a new defensive lineman the team signed. He has functional strength and his highlight came whooping Dan Moore Jr. (with Moore at RT) three times in a row 1v1. We have him down for two pressures in 38 pass rush snaps but he felt even less impactful than that.

He survived the first two waves of cuts, largely due to the numbers game working in his favor, but he won’t make the 53. And shouldn’t make the practice squad.

Watson was a predictable cut as the Steelers move their way to 53. The roster currently sits at 70, meaning the team still needs to cut 17 more players by tomorrow at 4 PM/EST.