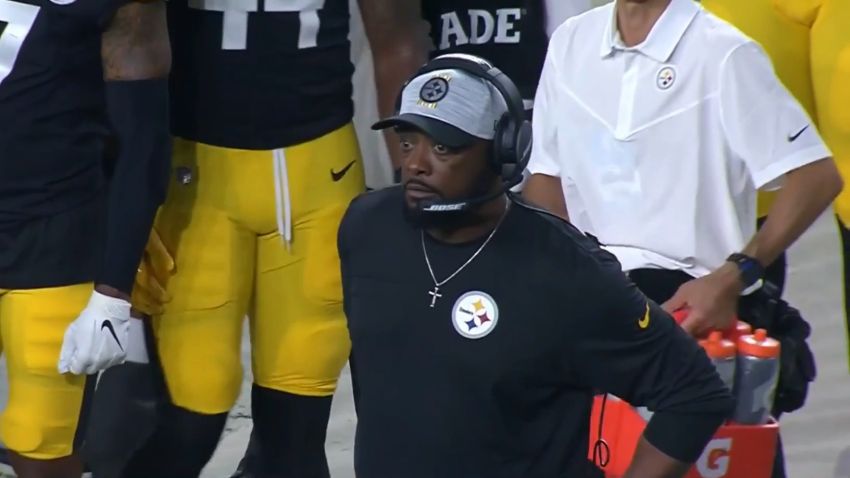 Coming off of a 12-4 season that saw the Pittsburgh Steelers race out to an 11-0 record before going 1-4 down the stretch and bowing out of the playoffs in ugly fashion in the AFC Wild Card Round, the general consensus surrounding the Steelers’ chances in 2021 remain up and down across the board, at least from a win total.

On Thursday, Football Outsiders analysts Bryan Knowles and Andrew Potter discussed the AFC North’s projected win totals, debating where they’d come in over or under on the betting-line win totals for all four AFC North teams.

The Steelers, who lost key defensive pieces in Bud Dupree, Mike Hilton and Steven Nelson to free agency, and linebacker Vince Williams to retirement, are rebuilding on the fly on both sides of the ball. That knowledge has the Steelers sitting at 8.5 projected wins, good for the second-worst projected wins total in the AFC North, just ahead of the Cincinnati Bengals at 6.5 wins.

Knowles and Potter heavily debated the Steelers’ wins total in the piece, before both eventually settled on the over.

“Pittsburgh is, for me, a really tricky team to peg,” Potter writes. “Ben Roethlisberger’s toast, sure, but just two seasons back they went 8-8 with Mason Rudolph at quarterback. Mike Tomlin has never had a losing season as a head coach. Detractors will say that he has had a Hall of Fame quarterback for all of that run, but as I just mentioned, he hasn’t had Roethlisberger for all of that run. There’s a huge amount to be said for a coach whose team is always “there or thereabouts,” as we say in the other type of football. But that offensive line … ick.”

Par for the course with the national media regarding the Steelers, no?

“Whatever you think about the chances of a December swoon, the Steelers should have at least seven wins heading into Week 13. (I hate counting chickens before they hatch, but we kinda have to do that in these articles.)” Potter writes. “You’re asking if they can go 2-4 down the stretch, and I’d have to say yes to that. If they have the eight wins that I project before their tough run-in, then they’ll only need one win from the final six. I don’t think the Steelers are championship contenders in what I surmise will be Ben’s final year. I’m not even certain that they’re playoff contenders. But they’re a tough out for any opponent, even the likes of Buffalo and Green Bay. Ten wins might be the ceiling, but eight wins looks to me like the floor. That’s enough for me to lean very slightly over, again giving the benefit of the doubt to a coaching staff that I believe has earned it.”

“I had the Steelers penciled in between eight and 11 wins, so we’re very much singing the same tune here,” Knowles added. “I think this line is a little depressed due to how bad Pittsburgh looked the last time the public saw them. That’s fair, but it’s not like the performance from Week 1 to Week 12 suddenly doesn’t matter anymore. If the defense is as good as we think it will be, Pittsburgh only needs to be average on offense, possibly even a little worse than average, to have a winning record. I think that’s an entirely reasonable proposition. Over.”

While many advanced analytics sites like Football Outsides continue to remain rather cautious with the Steelers and their chances in 2021, though it’s safe to say that barring some epic breakdown or crippling injury that the Steelers should – at minimum — reach 8 wins. Knowing that, it’s safe to assume they’ll hit the over, as both Knowles and Potter point out.

If they can enter December with seven wins, they’ll easily hit the over. How far over they hit will show just how good the Steelers at the very minimum a 9-win team with plenty of optimism for more wins than that.