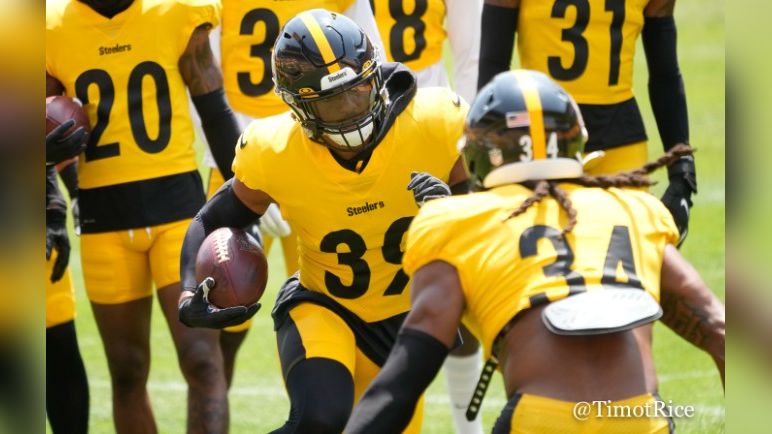 Coming off the best start in team history, going 11-0 to begin last year, the Steelers won their first AFC North Division title since 2017. But the season is remembered as much for the cratering finish, going 1-4 down the stretch and losing to the Cleveland Browns in the Wild Card round, as it is for the start.

Pittsburgh retains a lot of the key pieces that fueled it to the 11-0 start, and is one of three teams viewed as contenders for the title. Also in the picture are the Browns, one of the top teams in the AFC, and the Baltimore Ravens, who captured the prior two division titles before Pittsburgh took over last season. Keeping that important core group intact, Pittsburgh and its top players are setting the goal for a division repeat in 2021.

“I think our expectation is to win it. That’s what we come in expecting. That’s how we prepare; we’re not making no excuses, no comfort-seeking. It doesn’t matter who’s out there, we’re going to go out there and try to win, try to dominate,” Steelers All-Pro safety Minkah Fitzpatrick said following training camp Sunday.

The all-important games against the Browns and Ravens to decide the division won’t come until later in the year for Pittsburgh. It doesn’t meet Cleveland until Week 8, and Baltimore until Week 13. And having the hardest overall schedule in the league in 2021 isn’t going to help the team rip off an undefeated start any easier this year than it was last year — prior to getting the first shot at the Browns, Pittsburgh gets games against Super Bowl contenders like the Buffalo Bills (Week 1), Green Bay Packers (Week 4), and Seattle Seahawks (Week 6).

The biggest asset for the team is Fitzpatrick’s defensive group, one of the top five units in the league since his arrival and one that remains among the league’s best projected groups for 2021 despite the loss of multiple key players in the secondary. And then there is the offense which is seeing change in nearly every area.

Both sides of the ball are motivated, after an embarrassing playoff performance that saw the Browns lead 28-0 in the first quarter of the team’s eventual 48-37 win to end the Steelers’ season in the Wild Card.

“Last year, I feel like we did a good job starting off, and then we kind of fell off, losing to Cleveland twice back to back. That wasn’t a good look, and it doesn’t matter if the starters weren’t out there in the second [regular season] game, we still go out there and try to win,” Fitzpatrick said. “So we’re going out there this year for the AFC North Super Bowl, whatever you want to call it, and we’re trying to win.”