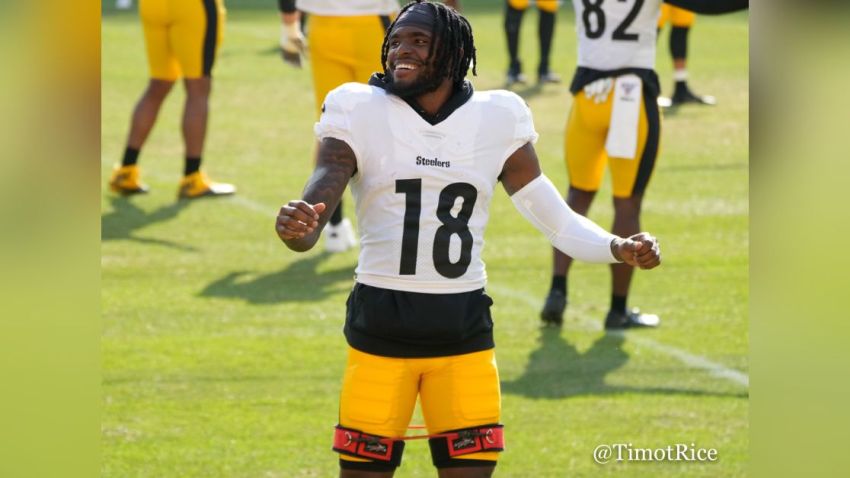 Matt Canada was around last year, and even at the time, everybody involved talked about how he had an influence that reached beyond that of just a position coach. A longtime offensive coordinator at the college level, it’s no surprise that he moved up in the ranks just a year later. But the Pittsburgh Steelers offense is still adjusting to some of the concepts and roles he’s bringing in.

That’s something third-year wide receiver Diontae Johnson was asked about following practice today, noting that the extensive use of motion was evident. It was also mentioned that he was getting in work from the slot.

The Steelers’ offense had been run by Randy Fichtner since Johnson was drafted in 2019. The team’s long-time quarterbacks coach, Fichtner did have coordinating experience at the college level, but never seemed to fully adjust to that role in the NFL, and he only lasted three years in that post before the team elected not to renew his contract this offseason.

Canada has seen many stops along the way throughout his coaching career, which prior to last season came exclusively at the college level, and those departures and arrivals came for numerous reasons, including better opportunities, changes of regime, and so on and so forth.

This is by far his biggest opportunity, to be an offensive coordinator for a premiere NFL team. He is no doubt aware of the perception that some hold of him for his coaching history of bouncing around, and the conclusions that are drawn based on that lack of stability.

He’s now in an organization, however, that prides itself on stability, and they hope that he can be the offensive mind who bridges the gap between the end of the Ben Roethlisberger era and whatever comes next—which remains yet to be determined.

The biggest thing on his plate this season actually concerns Johnson least of all the starters, as the emphasis is on getting the running game going. While a new running back and offensive line coach will help, it is his job to install the plays that they can run effectively, and call them in the game when they will work.

The use of motion is just a part of that, as it is a part of the offense as a whole. This is something they touched on last year, particularly in the early portions of the season, but which should be much more organic, and hopefully more effective, with Canada actually running the offense now.