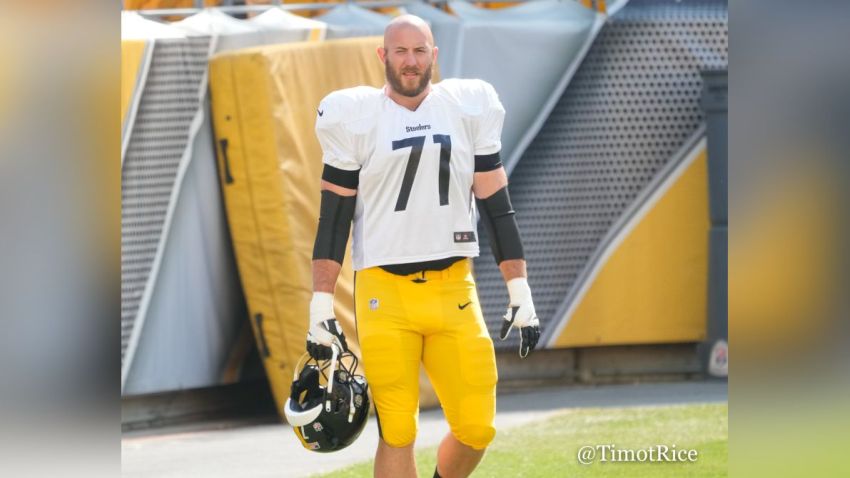 A few site readers and Twitter followers emailed and messaged me Friday morning concerning a report that the Pittsburgh Steelers can recoup a sixth-round draft pick in 2022 via the compensatory value process by merely cutting tackle Joe Haeg before Week 1 of the regular season. Well, that report just isn’t true.

Up until last year, NFL teams could game the compensatory value process by parting ways with players prior to Week 10. We saw examples of that in action in 2019 with the Steelers release of wide receiver Donte Moncrief and the Baltimore Ravens release of safety Justin Bethel. I’m sure many of you remember all of that, right?

The league ultimately closed that compensatory value loophole last offseason with a change to Appendix V in the newest CBA. That closed loophole now means that free agent signings stick on the balance sheet regardless of if the player is cut before Week 10 of the season.

Just be sure I am correct on this matter, I reached out to Nick Korte of Over the Cap. Korte is an expert when it comes to the compensatory draft pick rules and calculations. Per Korte, merely cutting Haeg by itself no longer frees up compensatory draft picks. The question will be whether playing nearly no snaps can disqualify him instead. He went on to add that If the Steelers really want that extra sixth-round compensatory pick for losing cornerback Mike Hilton in free agency this offseason, the safest thing to do is keep the Haeg but never play him. That way Haeg’s diminished playing time MIGHT result in him dropping enough in overall value on the compensatory value sheet.

So, now that we have straightened out that misinformation that’s floating around about Haeg on this Friday, let’s address another untruth written about him and that one is related to his contract.

While the Steelers wouldn’t need to pay Haeg his 2021 base salary of $1 million by cutting the veteran before Week 1, the maximum salary cap savings the team would have by releasing him would be just $340,000 due to roster displacement. That’s not a lot of cap space.

So, should the Steelers wind up cutting Haeg before Week 1 certainly is a possibility, the decision to do so will be because of his play and his play only and not because the team stands to gain much of anything in the way of salary cap space and a compensatory draft pick.