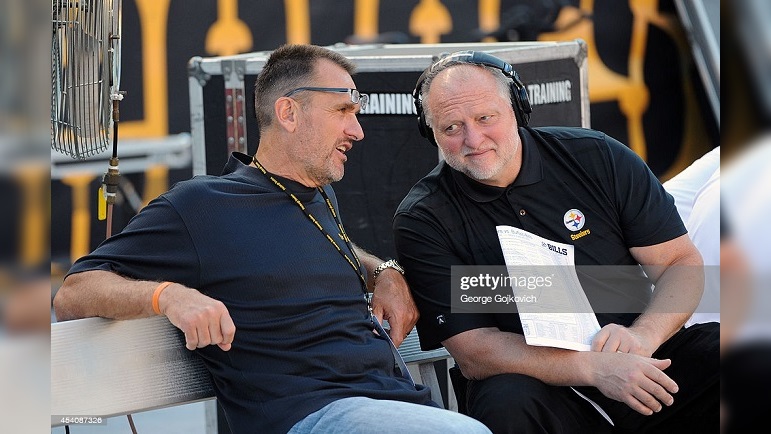 Tuesday morning, iHeartMedia, which is the official radio network of the Pittsburgh’s Steelers, announced its program line-up changes to its game broadcast team, which includes Craig Wolfley replacing his longtime friend and teammate Tunch Ilkin as the color analyst.

Ilkin, who served as a broadcast team member for the last 23 seasons, retired earlier this offseason due to health issues. Wolfley, who like Ilkin is a former Steelers offensive lineman, has served as a sideline analyst on the Steelers game day broadcast since 2002. He will now join longtime play-by-play announcer Bill Hillgrove in the broadcast booth. Hillgrove is heading into his 28th season.

“This is an incredible honor knowing the people who proceeded me in this seat and a lineage I hope I do justice to,” Wolfley said via the news release. “I’m looking forward to working with an incredible team on Steelers broadcasts.”

The radio network also announced on Thursday that former Steelers offensive lineman and two-time Super Bowl champion Max Starks will join the broadcast team in 2021 as well. He will join Missi Matthews as a sideline reporter during the Steelers Game Broadcast. Starks most recently served as a sideline reporter for Westwood One Radio on their NFL gameday coverage. Starks will also contribute to Steelers-produced programming throughout the season, according to the release.

“I am honored to be back on the Steelers sideline once again,” Starks said. “I’ve traded in my helmet for a headset, and I’m excited to join the Steelers Radio Network and keep the lineman tradition alive on the broadcasts!”