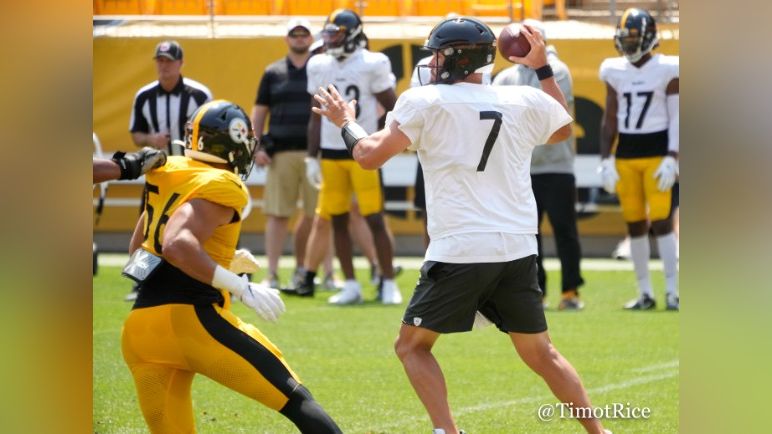 If the NFL Network’s Top 100 would’ve been stretched out just another ten spots, Ben Roethlisberger would’ve made the list. Alas, it doesn’t, so Roethlisberger was only included in the “just missed it” list presented by the league.

As the league rolls through its top ten players today, they paused to acknowledge the ten guys who just missed the list, 101 through 110. Roethlisberger brought up the rear of that list at 110.

Roethlisberger bounced back from a season-ending 2019 elbow injury to throw for over 3,800 yards, 33 touchdowns to just ten interceptions last season. He led the Steelers to an 11-0 start, though Roethlisberger and the rest of the team faded down the stretch, looking and playing like an exhausted bunch.

Still, it was a pleasant surprise to even see Roethlisberger hit the Top 110 mark, especially given the national narrative that Roethlisberger is a washed up quarterback hanging on for a swan song. This list was voted on by players and peers though, not by the media.

Based off that ranking, it makes Roethlisberger the 12th best QB in the league. The rankings look like this.

Here is how Roethlisberger has been ranked on the NFL’s annual Top 100 list through recent years.

The AFC North was well-represented in this “other bunch.” Players in that 101 to 110 range included Ravens’ kicker Justin Tucker and three Browns offensive lineman: OT Jack Conklin and OGs Joel Bitonio and Wyatt Teller. The San Francisco 49ers’ Nick Bosa finished one spot shy at 101. Stephon Tuitt failed to make the Top 110, which feels like a severe omission after the career year he had.