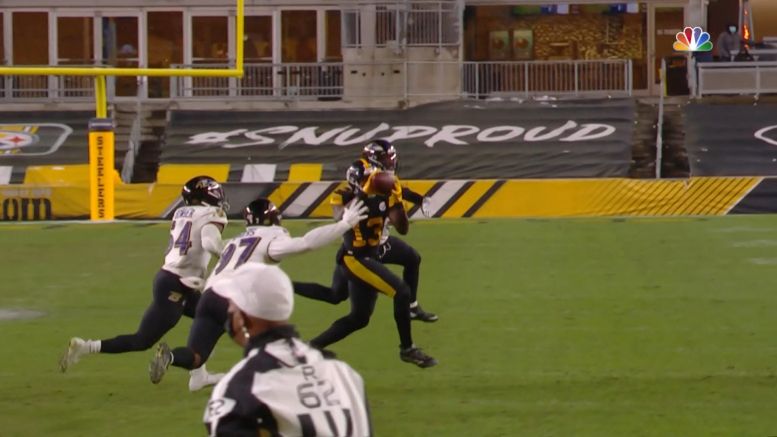 Question: Will Matt Canada be able to accommodate James Washington in his desire for more playing time?

James Washington may have answered a key question yesterday by choosing not to answer it. When a question came up about the report that he had requested a trade, he said that it was a private conversation, but the existence of a conversation, private or otherwise, necessitates that a conversation was had.

Whether he formally requested a trade or simply expressed dissatisfaction with the number of opportunities he gets, I would imagine that most would understand if he felt some frustration, on a human level. He is entering a contract year and isn’t scheduled to get a ton of opportunities. Who could be content with that?

And so the question becomes, what can the Steelers do about it? Washington did say that his role has been discussed. It falls primarily upon first-year offensive coordinator Matt Canada, who will hold the most responsibility in terms of the play-calling and the personnel in the game.

Can he get the wide receivers in and out of the game enough to give a fourth wide receiver an acceptable number of opportunities—while also taking advantage of the two-tight end possibilities that the acquisition of Pat Freiermuth presents? This will not be an easy juggling act, but it’s a dilemma other teams would be envious of.