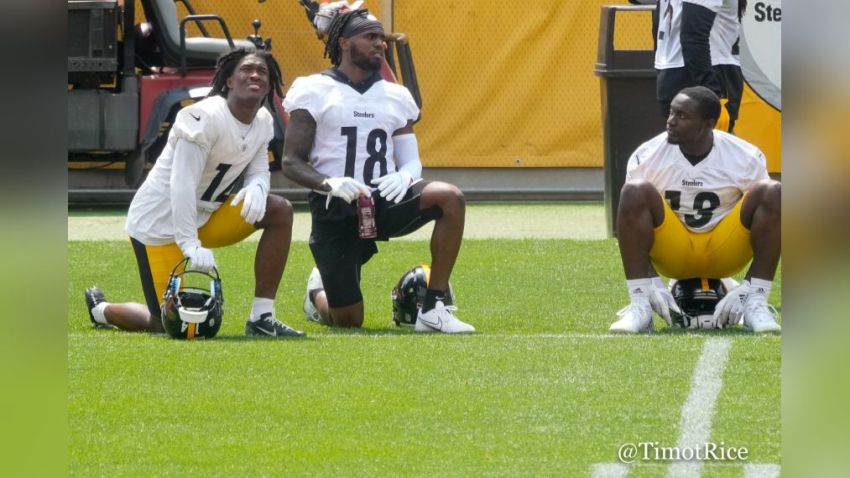 Question: How much will James Washington play this year, assuming he’s on the team?

Stories have a way of moving pretty quickly, and taking over. I doubt anybody thought a few days ago that the biggest story surrounding the Pittsburgh Steelers would suddenly become whether or not their number four wide receiver wanted to be traded, but here we are.

Since Adam Schefter made that report on Friday, with playing time going back to last year cited as the reasons, head coach Mike Tomlin has denied that he has heard anything from James Washington, either about being unhappy with his role or about a desire to be traded.

But let’s assume it’s all water under the bridge, and we find ourselves at midseason. Everybody has stayed healthy. How much has Washington played? What are his numbers, particularly his targets, relative to the other wide receivers?

There was a stretch a year ago during which he was averaging only about 20 snaps per game, but he’d still find ways to contribute, ending the season with 30 catches for close to 400 yards and five touchdowns. Will his numbers look similar to that by the end of the season? Higher? Lower? How many snaps per game will he play, and how will they go about getting him on the field—at whose expense?