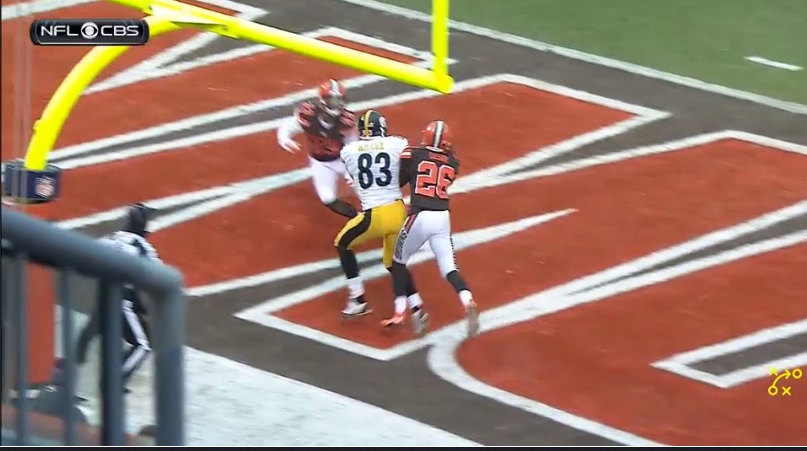 Heath Miller wasn’t the fastest. Not one of those new-age, dynamic tight ends the sport is littered with today. He won with his toughness, his smarts, and ability to make the tough grabs. That was evident from his first to his final touchdown catch. And the last one came in the regular season finale of 2015, a goal line contested grab against Browns cornerback Pierre Desir for the score.

Play action. Roethlisberger moving around. A tight end not dropping the ball. This play brings back all the nostalgia.

At 33 years old, Miller finished the season with a career-low 8.9 yards per reception and just two touchdowns, the above example and another back in Week 2 against the 49ers. He would participate in both playoff games but catch just three passes for 14 yards, failing to find the end zone.

But plays like that one versus the Browns was the kind of guy Miller was. Always there for Roethlisberger, always making the gritty grab. He finished his career with 45 career regular season touchdowns, the most of any Steelers’ tight end and still the fifth-most by any player. Among Steelers’ tight ends, he’s head and shoulders above the rest. Here’s the top five.

Unless a guy like Pat Freiermuth is truly the second coming of Miller, odds are good Heath will remain in that top spot for at least the next decade. Probably even longer. Nickel was #1 in team history until Miller passed him up in 2012.