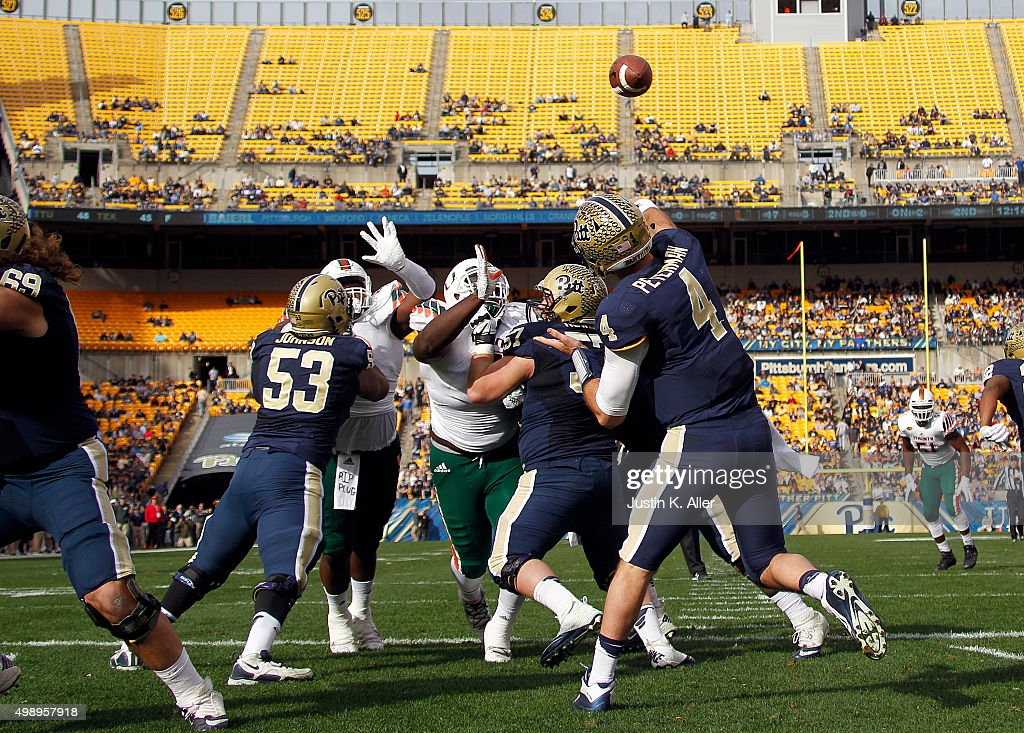 I’ve had this question in my head for awhile now. We have a lot of ideas of what an NFL Matt Canada offense looks like but are there any misconceptions about what a Canada offense needs to have? Which led to the idea — does he need a mobile quarterback? We think about his college system, his pre-snap motion, and a football world that is gravitating towards passers who can win with their legs, not just their arms. And just assume that Canada needs that kind of guy to run the show.

But what’s Canada’s history here — how many mobile or non-mobile QBs has he worked with? And can he succeed with a statue like Ben Roethlisberger?

That’s what we’re looking at today. I’m looking at the QBs of every place Canada has been an OC. To get an idea of how mobile they are, we’ll look at their 40 times, their rush yards, their YPC, and touchdowns. That should give us a rough idea.

Before we dive into the numbers, there is one caveat with the data: Rush yards/YPC. College football counts sacks as rushing yards, which can skew the numbers and make it tough to determine actual figures. Still, you can get a good feel for what QBs ran the ball and which didn’t based off their numbers. If a QB had negative yards rushing for the year, even if that was influenced by yards lost on sacks, he probably didn’t run for 700 yards on designed plays or scrambles (or at least, they weren’t called).

So here’s the data. For some QBs, I wasn’t able to determine a 40 time so those players are labeled with N/A.

Let’s compile all that into the average numbers for these QBs. Here’s what that looks like.

Nothing there screams “mobile QB.” A 40 time in the mid 4.8’s, about 250 rushing yards, under two YPC, and three rushing scores.

Let’s take is a step further and see what the highs and lows were.

A big variance here, as expected. NIU’s Chandler Harnish was one of the most mobile QBs he coached, a central part of the Huskies’ offense. But there are plenty of examples of non-mobile passers, too. Joel Stave, Pete Thomas, Jacoby Brissett (who had decent rushing production in college but is far from a scrambler, especially in the NFL) and Pitt’s own Nathan Peterman.

To me, what this data shows is Canada doesn’t need a mobile QB. He’s coached and won with scramblers, he’s coached and won with pocket passers. Obviously, there is a clear benefit to a more mobile quarterback and in this day and age, most QBs need some level of functional mobility, extending the play, taking off when it’s necessary, but there’s no evidence it’s high on his list.