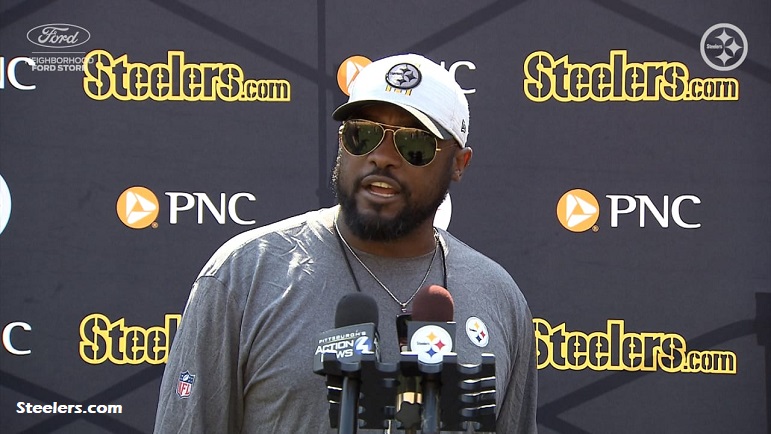 The Pittsburgh Steelers conducted another 2021 training camp practice at Heinz Field on Sunday and the early afternoon session included several players either sitting it out completely or being extremely limited.

Steelers defensive end Stephon Tuitt (undisclosed) and outside linebacker T.J. Watt (undisclosed) both were not in pads again on Saturday, and that’s been the case since the start of training camp. Tackle Zach Banner (knee) was in street clothes for a second day, according to our very own Alex Kozora.

Wide receiver Cody White (hamstring) remained out on Saturday with a compression sleeve on his left leg. Tight end Eric Ebron (elbow) also missed another practice on Saturday. Two other players who were injured on Friday, outside linebacker Cassius Marsh (undisclosed) and running back Jaylen Samuels (leg?), both sat out on Saturday as well.

Kozora reports that guard Kevin Dotson (undisclosed) and center J.C. Hassenauer (knee) were both limited on Saturday while tackle Chukwuma Okorafor (undisclosed) didn’t do much of anything on Saturday.

Another offensive lineman, Anthony Coyle (arm?), went down during practice and speculation is that he may have suffered another stinger.

After practice was over, Steelers head coach Mike Tomlin didn’t provide an injury update other than to say the team is leaking at a few positions. The Steelers will be off on Sunday and return to practice at Heinz Field on Monday. Their first preseason game is on Thursday in Canton, OH against the Dallas Cowboys.