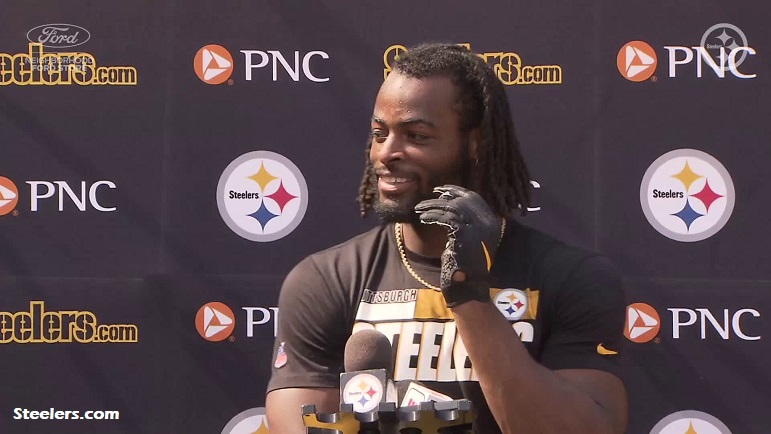 The Pittsburgh Steelers will play their first preseason game of 2021 on Thursday against the Dallas Cowboys, and that Hall of Fame contest could mark the NFL debut of rookie running back Najee Harris, the team’s first-round draft pick this year out of Alabama. Whether or not Harris ultimately plays in that Thursday preseason opener against the Cowboys is yet to be seen, but he made it clear after Saturday’s training camp practice that he’s excited to possibly play and is pushing to see some action in that contest.

“I mean the excitement is there for sure, but there’s a difference between being excited and really to just know that it’s not the real thing, but it’s also like a good way to get your feet wet and let the game slow down for me,” Harris said about possibly playing against the Cowboys in the Hall of Fame game on Thursday. “You know, I’m trying to play as much as I can in that game, but what I really want to do is I want to take as much game reps as possible.”

With Harris expected to be the Steelers’ bell cow running back in 2021, and with the team having a total of four preseason games this summer, it will be quite interesting to see if the rookie running back winds up getting any playing time against the Cowboys on Thursday. The Steelers won’t likely have many starters playing in that game against the Cowboys, and that includes most of the first-team offensive line. Even starting quarterback Ben Roethlisberger is unlikely to play on Thursday.

Steelers head coach Mike Tomlin will address the media on Tuesday ahead of the team traveling to Canton, OH to play the Cowboys, so perhaps he’ll reveal then whether or not Harris will play any on Thursday against the Cowboys. If Harris does play any at all in that contest, it’s hard to imagine him playing more than 10 snaps in total and touching the football more than three or four times.

Should Harris wind up playing any against the Cowboys, he’s looking forward to reviewing his performance as soon as the game is over with.

“You know, good, bad, whatever, do what I can to learn from all the mistakes I do and then go in the film room and then break down film and try to keep working,” Harris said on Saturday.