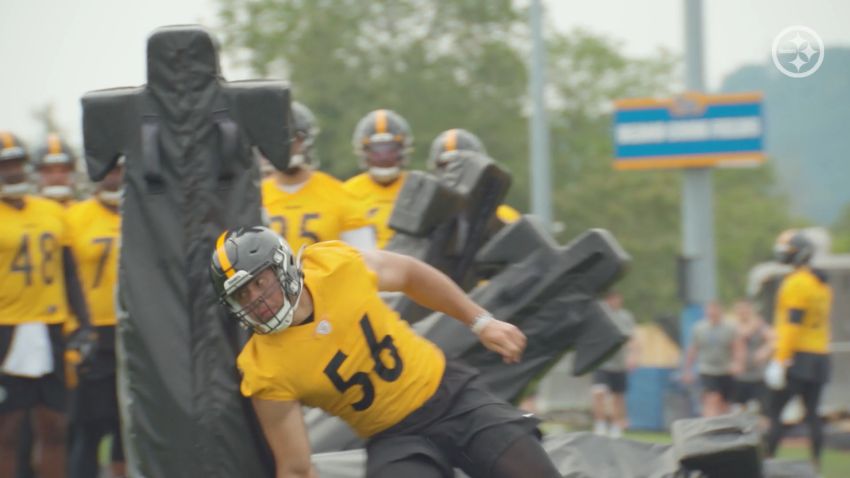 Next man up. That’s Mike Tomlin’s philosophy. And it’ll be put to the test very soon. After a difficult offseason that saw the release of CB Steven Nelson and the loss of several marquee free agents, the Steelers are counting on last year’s depth to be this year’s starters. In a Tuesday press conference, Kevin Colbert was asked about the uncertainty of the team in certain areas, starters and depth. Colbert believes the Steelers have the talent. Now the players need to show it.

“I wouldn’t say we lack depth,” Colbert said via the team website. “I think we lack proven abilities. Do we have people who can play every position on this team? I feel yes but they have to come out and prove it. Alex Highsmith has to prove that he could be a 16-game starter and he’ll be challenged by Melvin Ingram. Can Cam Sutton be an outside corner on 16 games? You look at those things and you make decisions based on, we think they can. But until those players do it, we don’t know.”

Couple notable takeaways there. One, Colbert’s definitely going to have to get used to calling it a “17-game” schedule. Two, it sounds like Highsmith is still expected to be the starter but the job won’t be handed to him. As Colbert noted, Ingram will challenge him for that job.

2021 are big years for Highsmith and Sutton. Highsmith is replacing Bud Dupree, a mission that began late last season once Dupree was lost to a season-ending ACL tear. He’ll have to do it over the course of the entire season this year. Highsmith won’t be counted on to be the team’s primary pass rusher but the Steelers’ front seven has set a standard. They’ve recorded 50+ sacks in four straight seasons, something no team has done since the 80s, Highsmith will have to replace Dupree’s production both in getting after the QB and against the run.

Sutton will step into the RCB job filled by Steven Nelson. Nelson played well in his two seasons with the team before being released in a cost-cutting move this offseason. Sutton has been a chess piece for the Steelers’ defense, primarily as their dime defender. Now, he’ll step into an every-down role. He should play well but the Steelers’ depth will be tested. They’ll rely on even more unproven players like Antoine Brooks Jr. and possibly James Pierre, who have a combined 56 defensive snaps in their brief NFL career.