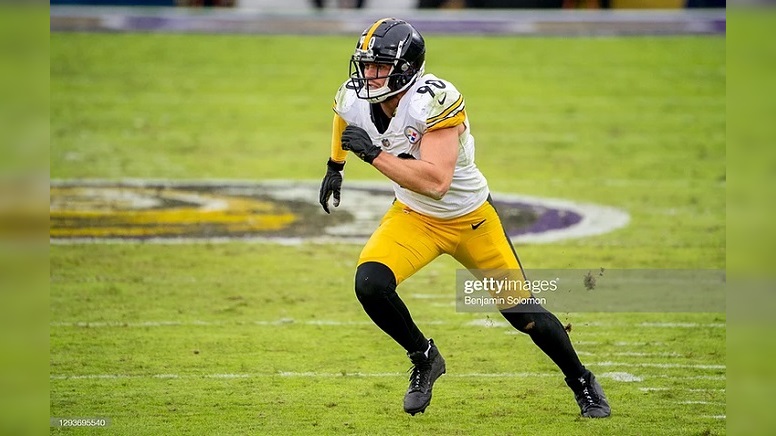 What’s going to happen with Pittsburgh Steelers outside linebacker T.J. Watt between now and Week 1 of the regular season? Well, the common thought is that he’ll sign a very lucrative contract extension by Week 1 and possibly one that will make him the highest paid defensive player in the NFL. On Tuesday, Steelers general manager Kevin Colbert met the media, and he was predictably asked about Watt and a potential contact extension in the next several weeks.

Colbert, as several Tuesday reports on Twitter indicated, declined to talk specifics when comes to Watt and a possible contract extension. Colbert did say, however, that the organizational policy of not negotiating contracts during the season isn’t changing in 2021. In short, if a Watt extension is going to get done it will get done before the Steelers play their week 1 road game against the Buffalo Bills.

“Again, never talk about an individual’s contract negotiations,” Colbert said, per the team’s website. “We know who our free agents are. We know we want to keep our good players and we’ll see where it goes as the rest of the summer unfolds.”

Colbert did reportedly say on Tuesday that Watt “has done everything asked of him defensively and that “nothing he can add but winning a championship.”

Steelers GM Kevin Colbert declines to talk specifics on a TJ Watt extension, but says the organizational policy of not negotiating contracts during the season isn’t changing.

Says Watt has done everything asked of him defensively, nothing he can add but winning a championship.

Colbert said he would never discuss a particular contract situation, saying of TJ Watt they will see where it goes as the summer plays out

Steelers GM Kevin Colbert declined to talk specifics about TJ Watt’s contract extension, adding that the policy will remain the same among the organization- they won’t negotiate contracts during the seasons.

So, now we sit and wait and see if the Steelers can get Watt signed to an extension that will pay him a new money average of at least $28 million and maybe even as much as $30 million. He’s currently set to earn $10.89 million in 2021 after having the fifth-year option picked up by the Steelers well over a year.

Last week, Watt was asked to comment several times on if he thinks he’ll sign an extension this summer and he politely declined to speculate.

“Yeah, I mean, and again, that’s an organization decision based on Mr. Rooney’s directive, on Art’s directive,” Colbert said of the team’s longstanding tradition of not doing contract talks once a season gets underway. “And we talk about trying to keep pace with what’s going on in a league. You referenced the one-year deals that we hadn’t done traditionally, we recognized that we probably had to under these circumstances, albeit the different rules, the circumstances from coming off the lower cap, and we made some adjustments there. I know we will hold on to the other, our own personal or individual rules for the organization, of we won’t negotiate with a player once the season starts. I never ever see that changing because our only focus should be on winning a Super Bowl.”