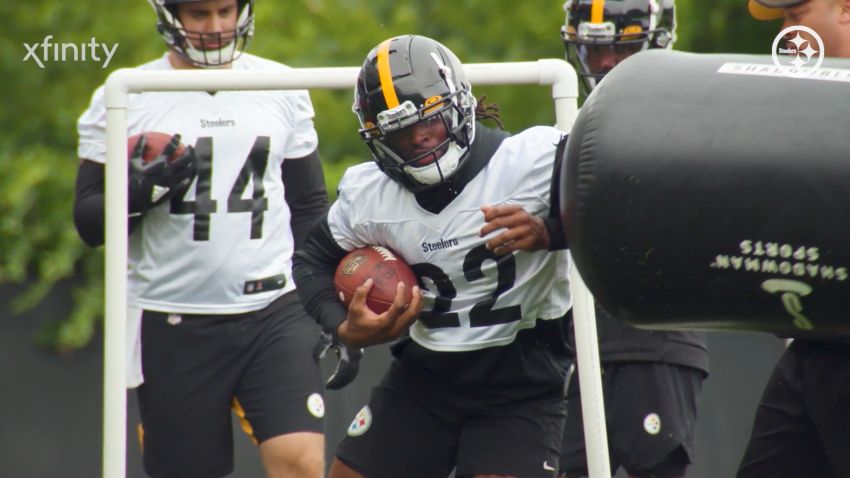 I normally start with the free agency class, but I think this year we will kick things off with the draft picks. The Steelers actually had a first-rounder this year, and they didn’t even have an ounce of hesitation when they used it to select Alabama running back Najee Harris.

Even behind a completely reworked offensive line, Harris figures to be the nucleus of this offense. Not only is he going to receive extensive work out of the backfield—certainly 300 carries is not out of the question—you sense that in Matt Canada’s offense, the running back is going to be a receiver, as well.

After all, he has already been making highlight-reel one-handed catches, going back to OTAs. Between carries and receptions, 350 touches is far from unreasonable for the Steelers’ starting running back in the inaugural 17-game season.

Coming from a background of struggle, growing up at times in homeless shelters, Harris often relied upon the football field as an outlet, and an escape, which is part of where he harnessed his already legendary work ethic.

The Steelers knew that he was a football lifer even before they drafted him, but their presuppositions about him have only been repeatedly confirmed since getting him in the building. He has been a diligent worker in the film room, and by reports from his coaches, is the sort of player you don’t have to correct more than once.

The team believes that Harris is a premiere back who will be able to excel even without the benefit of a great run-blocking offensive line, which they are still trying to piece together. They’ll have likely a rookie starter at center, a second-year guy in Kevin Dotson at left guard, and relatively inexperienced tackles, with the addition of Trai Turner as a downgrade from a healthy David DeCastro.

Their decision to draft him in the first round was widely questioned, but the Steelers feel that Harris is a rare talent at even the most fungible position in the NFL, the sort of player who doesn’t need as many things that he doesn’t control to go right in order for him to be successful. That’s what they believe the offense of today, and of tomorrow, needed. He’ll have years to try to prove them right.