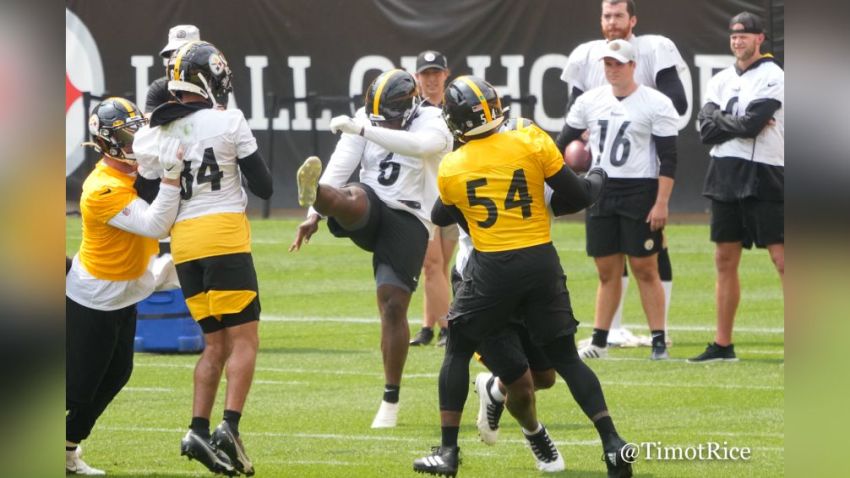 Watching two players at the same position compete for one job, sometimes even one roster spot, is one of the most exciting aspects of following training camp and the preseason. The stakes are high, and it brings out the best in those fighting for the job.

Punter might not be the pride and glory of the competitive spirit on the football field, granted, but the Pittsburgh Steelers do have an honest to goodness punter competition taking place in training camp this year, nevertheless.

The competition comes following the team’s decision to use a draft pick on the position, selecting Pressley Harvin III in the seventh round. He is threatening the job of Jordan Berry, who has been with the team since 2015, but who did lose his job last year before being re-signed later in the season when his replacement proved inadequate.

Naturally, you don’t bring in a punter via the draft unless you think he can very realistically win the job, and Harvin certainly has tools that Berry lacks—such as a big leg. Head coach Mike Tomlin talked about the rookie, and the competition, following practice yesterday.

”He looked like Ray Guy a time or two, didn’t he? Yeah, those guys have been battling and we respect all the battles that are going on out here”, Tomlin said. “So are the snappers. They don’t get a lot of attention, but believe me, we value it. The guys are interested in how they’re competing and we provide a platform for those guys to distinguish themselves as much as we can”.

The Steelers actually have two of each specialist position in camp this year. In addition to Berry and Harvin at punter, they have Kameron Canaday and Christian Kuntz as long snappers, and they recently signed Sam Sloman as a second kicker, with Chris Boswell their starter.

I wouldn’t expect Boswell to be too concerned about his job, two full seasons removed from having the yips, and since then being among the most accurate kickers in the NFL, but it’s certainly possible that Canaday’s job could be in play.

Still, it’s the punter job that has the attention, but as is almost always the case, the real litmus test is going to come inside of stadiums. That may be more true for special teams than most aspects of the game, since you can’t fully simulate a punt in practice settings.