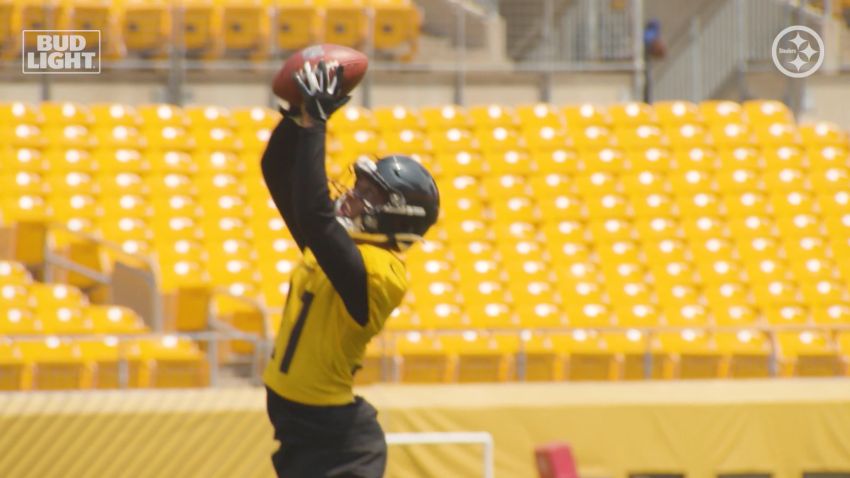 Pittsburgh Steelers fans entered training camp with obviously concerns about the team’s depth in the secondary, particularly at safety, as well as in the slot. Perhaps their concerns are being addressed from within, as young players and new faces begin to step up into those roles.

In time, perhaps, rookie seventh-round pick Tre Norwood will have the opportunity to fill both positions. When head coach Mike Tomlin first announced the selection, he referred to the player as a Swiss Army knife, but he reaffirmed after today’s practice that they are not moving him around—just yet.

“Position flexibility, we value, but we’re not doing a lot of that at this juncture. There’s going to be plenty of time to move people around. We just wanted to get him stable at safety first”, he said. “There’s going to be opportunities for that. We’re working some others in some of the sub-package stuff. At the end of the day, we just want to know what all of them are capable of, and have some flexibility there, and he’s obviously one of those chess pieces”.

The reason that he was talking about Norwood, of course, is because he is coming off of another good day during training camp, highlighted by a pair of interceptions. His defining quality coming out of skill was his ball skills, intercepting five passes in his final collegiate season, and that’s what got him drafted.

Asked if that was his specialty, Tomlin said, “Man, I hope so. He’s a sharp kid. He communicates well, and at this stage of the journey, that communication indicates understanding. That’s a good place to be in for a guy at his spot. We’ll just keep putting him in position to do what he’s done thus far”.

Since last season, the Steelers lost starting outside cornerback Steven Nelson, slot cornerback Mike Hilton, and reserve safeties Sean Davis and Jordan Dangerfield. They did not heavily invest in the secondary in free agency or the draft at all, but remain hopeful about the possible solutions they do have.

The main key, of course, is Cameron Sutton stepping up after being re-signed as an unrestricted free agent. They are hopeful that the emergence of a second-year player like Antoine Brooks Jr. will allow Sutton to remain outside.

Meanwhile, Norwood is looking to secure his position on the depth chart as one of their backup safeties. He is listed as the backup to Minkah Fitzpatrick on the team’s first official depth chart, with free agent signing Miles Killebrew being the other second-team safety. The only other safeties are a pair of rookie undrafted free agents, Lamont Wade and Donovan Stiner.

We have been hearing good reports about Norwood going back to OTAs, so that’s certainly a good thing, but we will learn a lot more about him once the Steelers step inside a stadium. So far, so good for the rookie seventh-round pick, but we’re still far from the finish line.