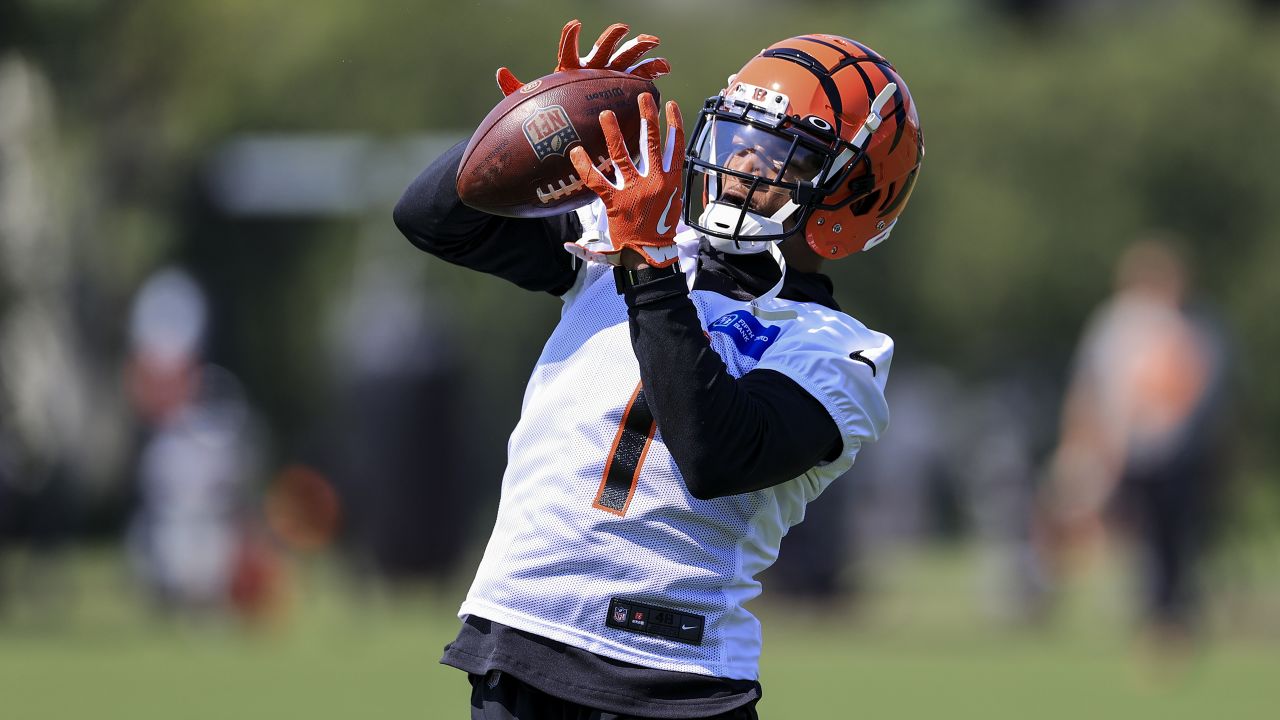 While the Cincinnati Bengals were questioned this past April for their decision to pass on the opportunity to draft Penei Sewell, the prospect who was envisioned to answer the questions of any team at the left tackle position, there has been little question of what they will get from the player they did bring on board.

That would be wide receiver Ja’Marr Chase, the former LSU product who paired with Bengals quarterback Joe Burrow in 2019 to produce one of the all-time great college seasons, culminating in an undefeated championship season with 20 touchdowns along the way while average over 20 yards per catch.

In order to be worth the fifth overall pick at the wide receiver position, one would have to believe that the prospect has the potential to develop into one of the very best wide receivers in the game, in rather short order. Mike Greenberg recently predicted as much on Get Up on ESPN, arguing that he’ll be a top-five receiver in the discussion at this time next year.

[Justin Jefferson] was the second-best player on his own college team a couple of years ago, behind Ja’Marr Chase. The rookie, who that year, at the age of 19, playing with Joe Burrow, who will be his quarterback in Cincinnati, became the only college receiver ever with 20 touchdowns and 20 yards per catch in any season. Did I mention he was 19 years old when he did that? The world has forgotten how good he is because he opted out of last season. But he is going to be spectacular. He’s reunited with his college quarterback. I think Ja’Marr Chase is going to hit the league by storm.

The Bengals drafted a wide receiver in the top five a decade ago in A.J. Green. That worked out quite well, as he helped lead them to their most prosperous stretch, arguably, ever. Certainly in decades. They went to the postseason in each of his first five seasons, easily the longest stretch in team history—though they were ousted in the Wild Card Round each time.

Of course, at the time, Cincinnati was properly credited with having a pretty stacked roster. The same cannot be said for the current team, at least as of yet, though they have made greater use of free agency in the past two years. Short of Jessie Bates III, the entirety of their secondary is made up of free agents, including Mike Hilton.

It’s hard to see the Bengals instantly becoming a playoff team, but they do have the potential at quarterback and wide receiver, the foundations for a high-level passing game. Tyler Boyd and Tee Higgins make up a nice trio. But we’ll see what happens on the field, and how quickly Chase emerges as the star.

.@Espngreeny is predicting that Ja’Marr Chase will be a top five WR in the NFL by this time next season 👀 pic.twitter.com/yIBFUxt7Lv