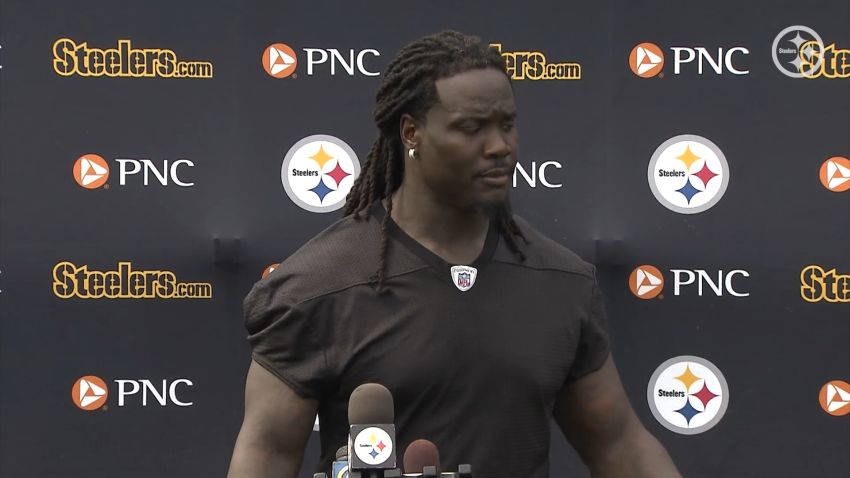 The Pittsburgh Steelers like to think of themselves as being in a class of their own in terms of how they run things. The same can probably be said for most any organization, to be fair, though with that said, those whom the Steelers end up signing do a good job of selling the idea of the uniqueness of their methods.

Three-time Pro Bowl outside linebacker Melvin Ingram is the latest. The former Charger had interest from other teams, but once he visited with the Steelers, he told reporters after practice yesterday, he knew that it would be a done deal. “I always knew they were a great team, but when I came and met with everybody, it was amazing”, he said.

While he would later add that nobody was out there recruiting him—even with former Chargers teammate Trai Turner also signing this offseason—the Steelers still have good examples of how veterans from other teams are accepted into the fold and become one of the group, even leaders.

Joe Haden is the perfect example. Both he and Tyson Alualu are entering their fifth seasons in Pittsburgh after spending seven with the teams that drafted them in the first round. Alualu nearly returned to his original team this offseason, but later had a change of heart and took a bit less money to stay put.

Though now retired, former tight end Vance McDonald was another banner example of how a player who spent a good deal of time in another organization would come to fully invest himself in the Steelers’ culture. They have a history of this, with guys like Darrius Heyward-Bey, Will Allen, and perhaps especially, the great James Farrior. Not to mention the late, great, Hall of Famer Kevin Greene, who spent just three years of a long career in Pittsburgh but so readily identified as a Steeler.

Of course, things don’t always work out for the best, in the end. There will always be cases of incompatibility, or simply bad timing and circumstances. You can decide for yourselves in which category might fall the likes of LeGarrette Blount and Nick Vannett.

Ingram is coming to Pittsburgh on a one-year deal at what might likely be the tail end of his career, of course. It’s not clear how much more he might play beyond the 2021 season, and where, though he deemed himself 200 percent healthy yesterday, and feeling like he’s 18, so if he plays that way, he’ll be on the field, somewhere, in the NFL next season.