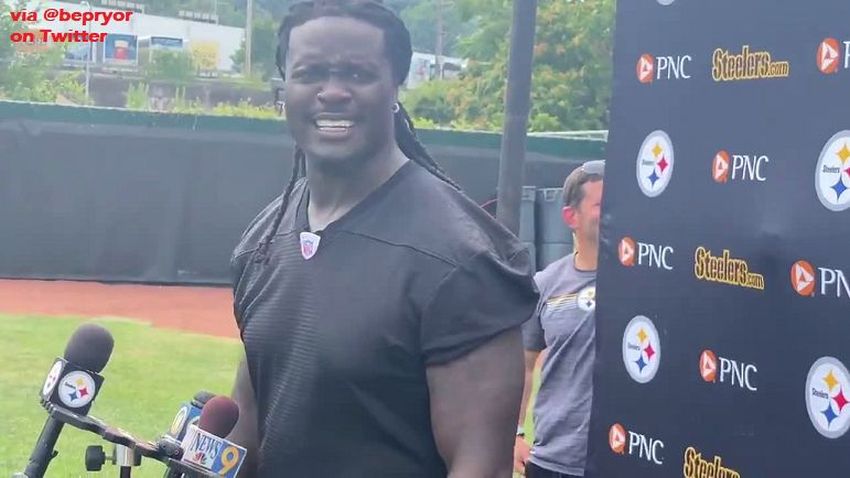 The Pittsburgh Steelers signed three-time Pro Bowl pass rusher Melvin Ingram to a one-year, $4 million contract early this offseason. A veteran with such a resume would normally have an easy time finding an opportunity, but when you factor in age and injury, and the drastic salary cap plunge of this offseason, it was his best bet to wait.

He landed in Pittsburgh, though, and speaking to reporters for the first time since signing, let everybody know that he is ready for anything the coaches are prepared to throw at him. “I feel like I’m 18”, he said, via Ray Fittipaldo of the Pittsburgh Post-Gazette. “I feel like a kid. I still have a lot left in me”.

New Steelers OLB said he feels rejuvenated after a knee injury ended his season last year with the Chargers. “I feel like I’m 18. I feel like a kid. I still have a lot left in me.”

Ingram was limited to just seven games last season, dealing with knee issues throughout the season, going back to September. He ultimately ended up on the Reserve/Injured List by late November with a knee sprain.

The Steelers were in need of pass rushers after watching both starter Bud Dupree and reserve Ola Adeniyi leave in free agency, the pair following the same path leading to the Tennessee Titans. While they projected 2020 third-round pick Alex Highsmith to enter the starting lineup, they knew that they needed a stronger depth option than they had.

Whether or not Ingram remains exclusively in a ‘depth’ role, rather than starting, remains to be seen, and could be something that evolves over the course of the season. When asked about his role, he said that the coaches will tell him what his role is, and that he’s just doing what is asked of him.

But the first step toward any role is being physically and mentally prepared, and given his history, the health front is no given, but he continued to ensure reporters that he is exactly where he should be on that front.

“I love football. My body feels great”, Fittipaldo quoted him as staying during his media session following practice today. “I had an injury last year, but that’s part of the game. It’s a physical sport. Right now I’m 100…200% healthy”.

More from Melvin Ingram: “I love football. My body feels great. I had an injury last year, but that’s part of the game. It’s a physical sport. Right now I’m 100…200% healthy.”

Being 200% healthy certainly sounds good. I know I would take that. But how will he feel five games into the season when he’s taking hits from offensive linemen a dozen or two times per game? Obviously, that’s a question for another day.

The only thing he, and we, can concern ourselves with for now is making sure the guys get into the season healthy and ready to go. As a veteran, it shouldn’t be surprising that Ingram is off to a good start on that front, but there is still much to be decided.

When he was 30, Melvin Ingram said he felt like he was 21. Today, I asked him how old he felt at 32 after another injury.