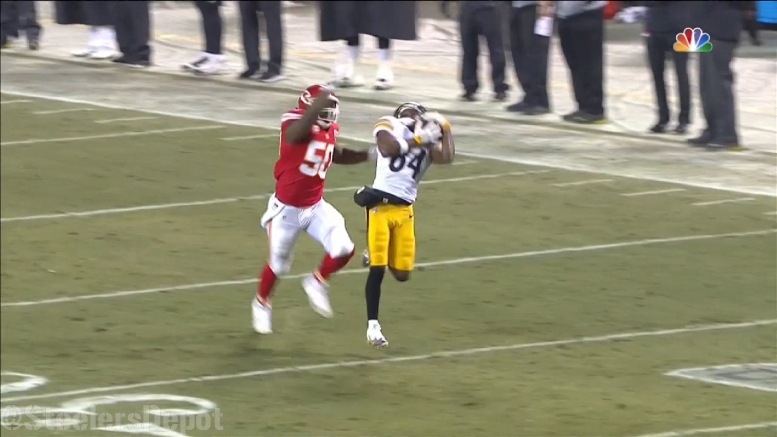 The Pittsburgh Steelers have seemingly been quietly pursuing veteran pass rusher help throughout the offseason. They were previously connected to Ryan Kerrigan, for example, and they obviously just recently landed Melvin Ingram on a one-year, $4 million deal. But they reportedly had another target in mind, according to Jason La Canfora.

The CBS Sports reporter actually Tweeted on Sunday, on the eve of Ingram’s visit with the Steelers, that Pittsburgh “had interest in Justin Houston”, before adding that “that does not appear to be a match”. How much genuine interest they may have had is not clear.

Steelers remain on the hunt for pass rush help. Had interest in Juston Houston but that does not appear to be a match. Will bring in Melvin Ingram for a visit this week and possibly others.

Last week, he also Tweeted that Houston was taking his time through the process, saying that he “will play in 2021, with the right team, at the right time”. La Canfora wrote that the former Pro Bowler has already turned down multiple offers, and has had at least four teams reach out in recent days. Presumably, if he is to be believed, the Steelers were one of those teams.

Justin Houston will play in 2021, with the right team, at the right time. He’s turned down some recent offers and at least 4 teams have reached out in the last few days as interest heats up ahead of camp. He’ll weigh what’s best for him as teams continue to make overtures

Obviously, this is all water under the bridge at this point given that Ingram is in the building, but it is interesting to see reports of the Steelers’ prior interest in Kerrigan and Houston. It makes it pretty clear all along that they were very motivated to add an experienced pass rusher before the season begins.

This all comes following an offseason in which they lost Bud Dupree in free agency, of course. A first-round pick in 2015, he has played at another level for the past couple of seasons, and it landed him a high-value contract with the Tennessee Titans after playing out the 2021 season under the franchise tag.

While the Steelers have T.J. Watt on the left side, the rest of the depth chart looked rather spurious, or at least untested, in comparison to what you would expect a championship defense’s pass rush on the edge to look like.

Pittsburgh has high hopes and ambitions for Alex Highsmith, a 2020 third-round compensatory draft pick out of small-school Charlotte, but he is coming off of a rookie season in which he started five games and recorded only two sacks. That number may not be indicative of his level of performance, but the point remains that he is unproven as a starter.

Having a veteran like Ingram—or in a parallel timeline, Kerrigan or Houston—gives them a major insurance plan in the event that Highsmith is not ready for the starting role. And it is also tremendous insulation against injury. Highsmith was that insulation last year.