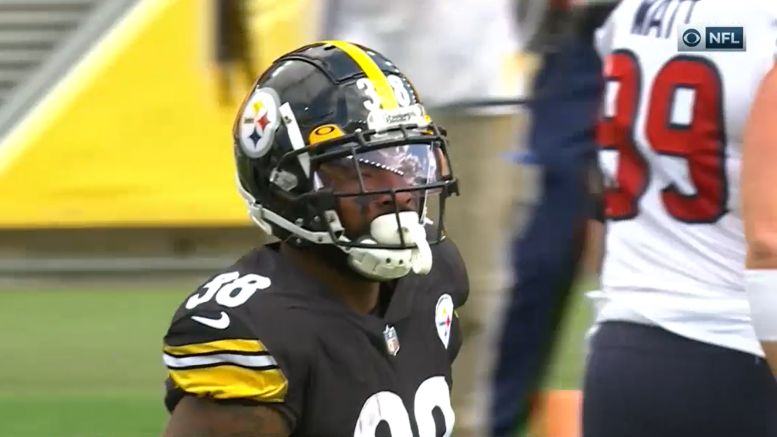 Updating my Pittsburgh Steelers’ roster predictions since my first crack at things shortly after the draft. There are a handful of changes from last time around. Of course, this list can and will change over the next months and I’ll have new predictions a couple more times before final cutdowns.

Let me know your thoughts in the comments below and where you would agree/disagree.

Analysis: No change from my earlier offseason prediction. Real battle here is between Haskins and Dobbs for that #3 spot. Either guy could win and I think it’s smart and healthy for the team to carry the odd-man-out on the practice squad or at least attempt to get him there. Haskins has a higher upside though, making him the player you’d rather protect than Dobbs.

Analysis: One notable change here, placing Samuels on the roster over Kalen Ballage. I’ve been as critical and down on Samuels as anyone on here and I’m not advocating this should be the Steelers’ move. But Snell and Ballage have a pretty redundant skillset and I think – at least on paper – Matt Canada is going to want another pass catching back on his roster. Samuels is versatile and that meshes well with the type of offense Canada wants to run, even if he is a woefully inefficient player.

Analysis: Hoping for better health with Watt this training camp. Got off on the wrong foot last year and it never felt like he completely caught up. Now we’ll see how much of a fullback will be used in this offense.

Analysis: Same five as before. First four are locks and McCloud is close. He should be your starting punt and kick returner this season and involved in the jet/horizontal pass game on offense for the 5-10 snaps a game he plays. A sixth receiver could be kept but someone will really need to impress this summer.

Analysis: No movement here. Rader is the best blocker and special teamer of the group. Unless Zach Gentry is a completely different player or the team comes across a name on the waiver wire, Rader is a low-ceiling player but solid #3 tight end.

Analysis: Offensive line is a question mark and there could be lots of moving and shaking, especially among the backups. Haeg figures to be the team’s tackle-eligible and swing man while Moore learns the NFL ropes.

Analysis: Turner, of course, replaces David DeCastro. Still predicting Green to be the starting center, though his spot there isn’t assured, with Finney as the top interior backup. Coward needs a lot of coaching but Adrian Klemm will like his aggression.

Analysis: Competitive, deep group. Could be harder cuts here than any other position group. Sticking my neck out with Mondeaux making it over the rookie Loudermilk. Mondeaux is the better athlete and more importantly, more valuable special teamer, which is important knowing a guy like Melvin Ingram won’t be running down kicks. The Steelers aren’t afraid to cut draft picks.

Analysis: Davis is a name to watch this summer. Could have a really good camp and eventual replacement for Alualu.

Analysis: Ingram of course gets slotted onto the roster. Choosing Roche over Cassius Marsh but they will battle hard for the #4 spot on the roster. This group looks a lot better now than it did one week ago.

Analysis: Removing UDFA corner Mark Gilbert from the 53. Still unclear how the roles will be divided in sub-package but Haden and Sutton will be the starting outside corners in the Steelers’ base defense. Maulet offers Cam Sutton-esque versatility while Brown has the size and skillset similar to Mike Hilton. Feisty, quality zone processor.

Analysis: Adding UDFA safety Donovan Stiner as the fifth and final safety but I think there’s a good chance the team goes outside the organization to bring in someone else. Malik Hooker or someone currently on a roster because depth here is needed.

Analysis: Sticking with Harvin III over Jordan Berry. Far from guaranteed and he’ll need to prove his consistency but the team seems legitimately excited by Harvin’s leg and open-field punting ability.

Analysis: A small part of me wanted to be contrarian and put Christian Kuntz here after Canaday struggled last season. But if the team is changing its holder, they probably want to keep their snapper and I think Canaday will have a fine camp.

Analysis: Dobbs kept as the fourth QB as insurance and to keep pushing Haskins. McKoy will make some big plays downfield this summer. Draft picks Loudermilk and Norwood land on the practice squad while Wade makes it for his versatility.