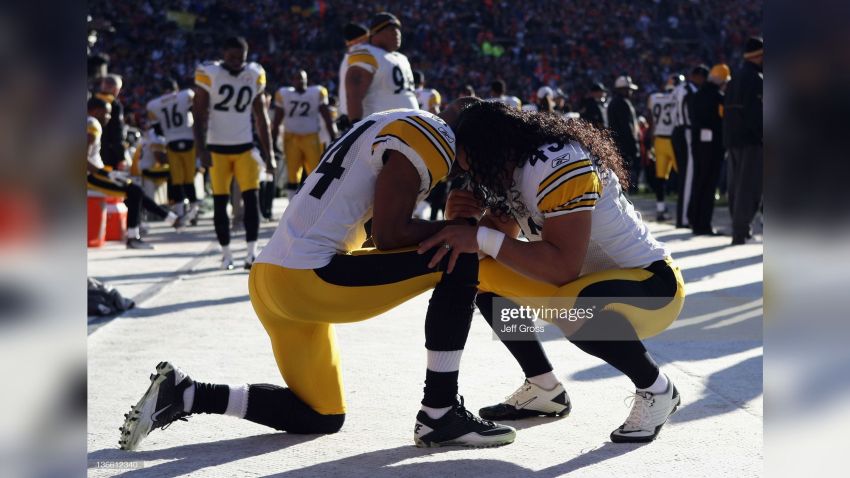 With the Pittsburgh Steelers’ training camp about to get under way, it’s fitting that we hear stories about training camps past. Camp, of course, will be different this year, taking place at Heinz Field rather than Saint Vincent College in Latrobe, but there isn’t much that can be done about that right now.

That does take away the aspect of roommates, though, and recently, former Steelers cornerback Ike Taylor talked about how having Troy Polamalu as his roommate, especially early on in his career, fit him like a glove.

“Troy, he’s just got a calm sense about him, regardless of what’s going on, and at training camp, that’s what you kind of need, because everything can just pretty much turn into a blur”, he told his co-host, Mark Bergin, on the Bleav in Steelers podcast. “Testosterone levels are high, guys are trying to make the team, guys getting cut, guys coming in and out, guys dealing with stuff at home”.

Polamalu and Taylor were drafted together in 2003, the former in the first round and the latter in the fourth. The Steelers traded up to get Polamalu, who obviously played well enough to be putting the final touches on his Hall of Fame enshrinement speech in a couple of weeks. Taylor was perhaps the most underrated player of Pittsburgh’s 2000s championship teams.

Their coming in together obviously worked out well, since they made up 40 percent of the team’s starting secondary for the better part of the next decade-plus. And their relationship together helped each of them grow, both on and off the field, though I’m sure each of them would claim that they personally benefitted more than the other.

“All that just kind of fell into my lap, which I’m glad it did, just dealing with Troy”, Taylor said of being Polamalu’s roommate as rookies. “The perfect thing about being Troy’s roommate was the going to bed early part. Everything is dark. And then when you go and perform on the field, you’re like, ‘okay, this is why you go to bed at 9:30, 10 o’clock”.

“The earlier part of my career, just having Troy as a roommate made perfect sense for me, and it worked out fine”, he added. Taylor would not start full-time until 2005, and there was a time a year later that he would be benched for a spell, but by and large, he helped make up a part of the defense’s core for 12 years.