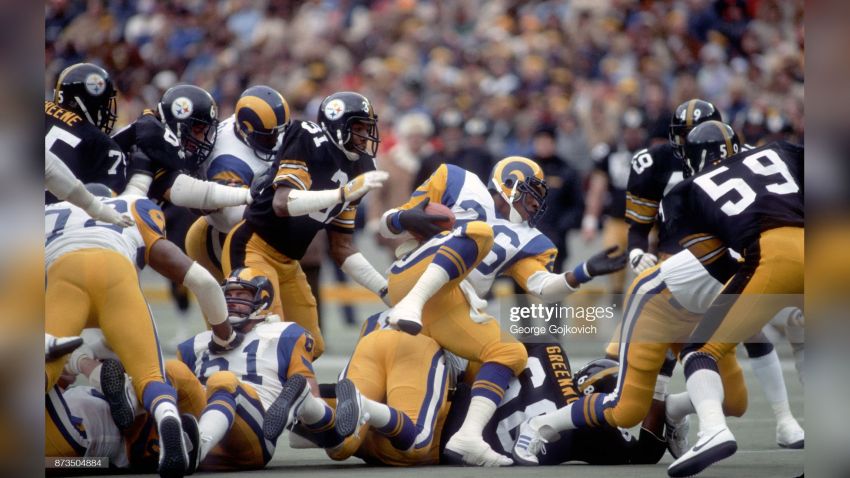 There is much focus right now on the Hall of Fame ceremonies coming up, understandably, from the Pittsburgh Steelers. After all, they will have five members going in, with Troy Polamalu and Alan Faneca as modern candidates, Bill Cowher and Bill Nunn as coaches and contributors, and Donnie Shell as a senior candidate.

Shell, a four-time Super Bowl champion and underrated member of the team’s dynasty years, believes that he shouldn’t have been the only member of that defense to get in as part of the Centennial selections chosen last year, a group of 20 players and contributors who were elected in honor of the 100th anniversary of the NFL. As do most Steelers fans, he believes L.C. Greenwood should be in there with him. And also that his legacy is somewhat misunderstood.

“It would be a tremendous award for him and his family, and also for me”, he said earlier this week, via Brian Batko of the Pittsburgh Post-Gazette. “L.C. was very unusual. He was about 6-8, about 260, but we played a 4-3 defense and he was just as good a run-defender as a pass rusher. A lot of people don’t realize that. I played on his side, the strong safety, and Jack Ham was the outside linebacker and L.C. was the defensive end. He played the run just as well as he was tremendous as a pass rusher”.

Drafted in the 10th round of the 1969 NFL Draft, the same year Joe Greene was their first-round selection out of the HBCU Arkansas AM&N (now the University of Arkansas at Pine Bluff), he would take a couple of years to enter the starting lineup on a full-time basis, but he was a dynamic and central figure of the Steel Curtain.

In fact, thanks to recent research by Pro Football Reference, we now have more insight into just how valuable he was. They recently went back through the 1960 season to record sack statistics, since sacks were only made official in 1982. By their measure, Greenwood recorded 78 career sacks, which would have been the Steelers’ record until James Harrison surpassed it in 2016.

Greenwood was a six-time Pro Bowler, a two-time first-team All-Pro, a member of the 1970s All-Decade team, and, of course, a four-time Super Bowl champion. He is also credited with 12.5 postseason sacks, including four in the 1975 Super Bowl victory over the Dallas Cowboys. This recent research should only bolster his credentials.

It would have been fitting, however, to go in with Shell and Nunn. Nunn personally scouted both of these players out of HBCUs, one a late-round pick, the other a college free agent. Such was the depth of his scouting ability that they turned into stars. Shell is about to be enshrined. Greenwood, who unfortunately passed away in 2013, remains waiting.