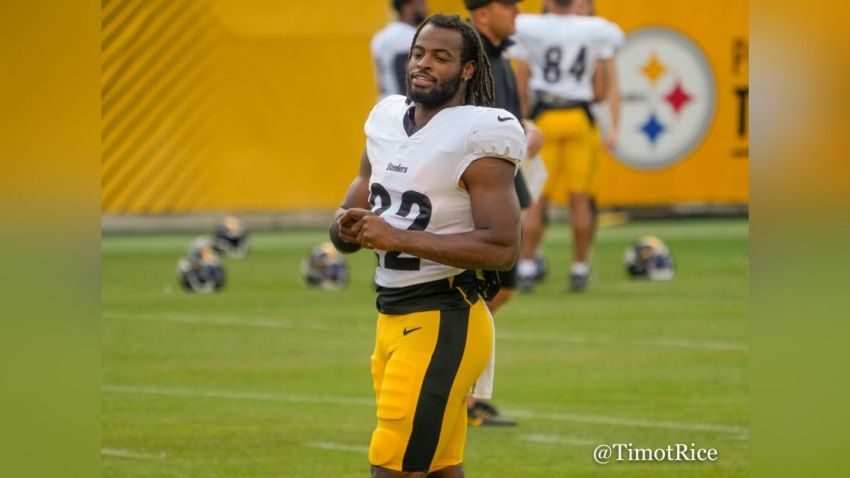 Even before he was drafted, Najee Harris made it a point to give back to the communities he was a part of and make a positive impact on them. And since the Pittsburgh Steelers selected him in the first round of the 2021 NFL Draft, Harris has expressed and followed through on his goal to be the same kind of positive presence and member of the Pittsburgh community.

Inspired by the return of fans to watch training camp this season, Harris spoke about that goal to be a part of Pittsburgh and give back to the city and fans, following Saturday’s training camp practice.

“To be part of the community is important because you know, for me, I want to feel like I’m somebody people could talk to if they’re in a situation that I once was in,” Harris said. “So being a part of the community and seeing that I’m not too big for anything, it is going to play a role in somebody’s life, some little kid’s life or even somebody who’s going through some struggle. And I want to be somebody that somebody can lean on.”

Harris spent part of his childhood homeless, but overcame that and other challenges in his life to become a top-rated recruit, star with the University of Alabama, and a first-round pick. He isn’t shy about expressing that he wants to serve as an example and inspiration to children facing similar challenges growing up, to show that they can overcome anything.

He also wants to create an experience for the children who attend the team’s training camp annually, though in the current environment because of COVID-19, interaction is far more limited this year. Normally able to line walkways to the practice field and spread throughout the camp at St. Vincent College in Latrobe, fans are kept away from the players at Heinz Field this season as the league continues to establish protocols to combat the coronavirus.

Fans getting to attend select practices this year is already an improvement on last season, but Harris knows that it’s still not back to normal, and he can’t interact with them as he would like to, yet.

“Right now it’s hard for me. I know the fans out here all want me to sign stuff and they wanted me to do so, but I can’t. There’s certain rules I gotta follow myself. So you know, all the fans out there that’s calling my name. I’m sorry, but I mean, it’s just a part of the protocol. I’m just following it,” Harris said.

“But there’s a time that’s going to be where I can talk to the fans and do all this stuff. It’s gonna be a time where I can talk to the community more. But right now, since it’s my rookie year, I’m trying to get my feet wet. I’m trying to do what’s going to make Pittsburgh happy, GM’s happy, Ben [Roethlisberger] happy, the team happy, and that’s what’s most important right now. There’s going to be a time for all the other stuff. But right now I’m just trying to accomplish the mission, and that’s to help the team out as much as possible.”