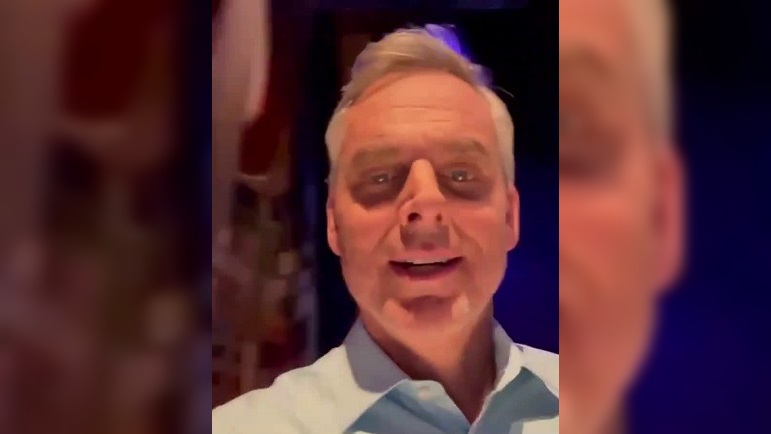 Pittsburgh Steelers quarterback Ben Roethlisberger is back dominating the NFL news cycle again this week and mostly because of a report on Tuesday that alluded to the 38-year-old now being in the best shape of his career ahead of his 18th training camp getting underway a few weeks from now. Even if Roethlisberger is indeed in the best shape of his NFL career ahead of training camp getting underway, many major media analysts and talking heads still don’t give him or the Steelers any chance whatsoever at making a serious run at a championship in 2021. The latest such major media talking head to take a shot at Roethlisberger and the 2021 Steelers is none other than Colin Cowherd.

“Story out of Pittsburgh that Big Ben is in the best shape of his life,” Cowherd said Wednesday morning in a promo video for his show. “He’s lost significant weight this offseason, which begs the question, what took so long? Bigger question for Ben is his elbow.

“But it’s always been a lack of commitment for Big Ben. The difference between Russell Wilson and Tom Brady is they have committed so much, not just to the physical side of the game, but the mental side of the game and I’ve never felt that with Big Ben. I’ve been told by multiple people through the years, the audible system for the Steelers is outdated.”

“The Steelers Super Bowl window is closed.” @ColinCowherd is NOT sold on Big Ben: pic.twitter.com/5kXnzRBijc

Well, if Roethlisberger indeed thrives on people doubting him like former Steelers head coach Bill Cowher indicated during a Tuesday media session, what Cowherd said Wednesday morning surely should get his juices flowing.

Personally, I can’t remember the last time that Roethlisberger showed up for a training camp not looking like he was properly conditioned. After all, don’t we go through this dance every offseason? It starts with Roethlisberger being accused of not taking his offseason conditioning serious enough only to be followed up with talk of him looking great come time he reports for training camp.

Last offseason we definitely went through this seemingly annual dance of Roethlisberger being perceived as being out of shape and on top of him needing to rehab a surgically repaired elbow that cost him most of his 2019 season. Come the start of training camp, however, Roethlisberger looked just fine from a conditioning standpoint and that includes his elbow. Well, at least to me.

Did Roethlisberger go on to have a statically great 2020 season? No, not overall and not by a longshot and especially when it comes to key advanced passing metrics. Was that due to his overall conditioning and mental preparedness week in and week out, however? Personally, I don’t think so. Instead, I think Roethlisberger’s inability, for whatever reason, to get the football completed down the field consistently was the biggest reason why he did not have a great 2020 season from a statistical standpoint. Was that gameplan/scheme related? Was it physical/age/skill related? Was it a combination of all the above? It’s really hard to tell and especially with him coming off such a serious injury.

2021 sets up to be a remarkably interesting season for Roethlisberger and especially with it likely being his last one. A lot of things have changed since a year ago, however, and on the surface, likely for the better as a whole.

Yes, the Steelers do have a rebuilt and very inexperienced offensive line entering 2021, but hopefully to offset that, the team selected running back Najee Harris in the first round of the 2021 NFL Draft. Harris was deemed the best running back in this year’s draft class by most and he’ll be expected to produce on the ground right out of the chute. Roethlisberger will also have a new offensive coordinator in 2021 in the form of Matt Canada, who was the team’s quarterbacks coach in 2020. So, it’s not like the two are new to each other.

Speaking of quarterback coaches, Roethlisberger has a new one of those as well in 2021 in the very experienced and structured Mike Sullivan. Roethlisberger also has back his entire receiving group in 2021 in JuJu Smith-Schuster, Diontae Johnson, Chase Claypool, James Washington, Ray-Ray-McCloud, and tight end Eric Ebron. Having that kind of continuity on offense with a newly rebuilt offensive line is huge. In short, Roethlisberger shouldn’t have any excuses in 2021 barring multiple injuries to the offensive unit.

Should the Steelers offense flounder in 2021, Roethlisberger will likely receive most of the blame for that. If the Steelers ultimately fail to make the playoffs in 2021, it would be a brutal way to see Roethlisberger end his time in Pittsburgh, if indeed the season winds up being his last. The Steelers missing the playoffs in 2021 would likely include the team finishing with a record of 8-9 or worse. Such a losing record under .500 would be the first of Roethlisberger’s career as well. His critics would certainly love that based on their collective offseason predictions to date.

Speaking of predictions and the Steelers, Cowherd made it clear on Wednesday what he thinks the team is in store for in 2021 with Roethlisberger at the helm.

“The Steelers Super Bowl window, by the way, is closed,” Cowherd said Wednesday morning. “I hope everybody gets that. It’s been closed for the last several years, but it’s closed. That is a third-place team in the AFC North.”

Well, if Roethlisberger doesn’t get fired up by those comments made on Wednesday by Cowherd, I’m not sure anything will get his preseason juices flowing.