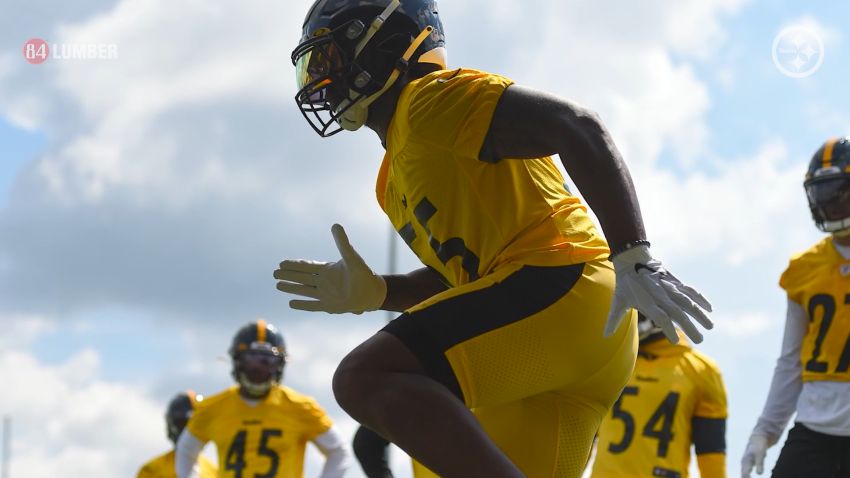 From a global perspective, the Pittsburgh Steelers weren’t too unfortunate a year ago with respect to injuries. They had their share, of course, and at one point it did really pile up at the inside linebacker position, starting with the season-ending injury to Devin Bush in game five.

But everybody, at least to a certain degree, starts over with a blank slate this year. Injuries can happen at any time, but of course, most football injuries occur during football, and the Steelers expect Bush to be back out there in time for their next football game—with anticipation.

“I’m excited to see him come off of this trial or tribulation”, Cameron Sutton said of Bush on SiriusXM yesterday. “My thing with him was, going back and having that experience of coming out of college and going to my last year, coming off of a fibula fracture, and just keeping that same involvement, keeping him around. Keep preaching to him, ‘keep going’. All that added extra motivation, it goes a long way with anyone”.

Bush suffered a torn ACL shortly before halftime in the Steelers’ Week 6 victory over the Cleveland Browns, after playing every game his rookie season as the 10th overall pick. Up to the injury, he had played every snap in 2020.

Despite what happened, however, he remained as much a part of the team off the field as he could reasonably be. That was both through his own efforts and those of his teammates, keeping him engaged, something the Steelers locker room takes pride in.

It helps, Sutton said, “when you have a great group of guys around you pushing you in the right direction, and not necessarily shunning you out, and let alone Devin within himself, just being that guy that just loves ball so much and loves his teammates and loves the city of Pittsburgh. We’re just so excited to have him back out on the field with us, to keep wreaking havoc”.

As a rookie in 2019, Bush recorded 109 tackles including nine for a loss, with a sack, two interceptions, a forced fumble, and four fumble recoveries, one of which he returned for a touchdown. He had four passes defensed. By the time of his injury last season, he recorded 26 tackles with a sack and three passes defensed.

It remains to be seen just what he looks like on his surgically-repaired knee. I would imagine that the expectation is to have him go full-throttle. Head coach Mike Tomlin is already salivating over the prospect of pitting him against 2021 first-round running back Najee Harris when they get to training camp.