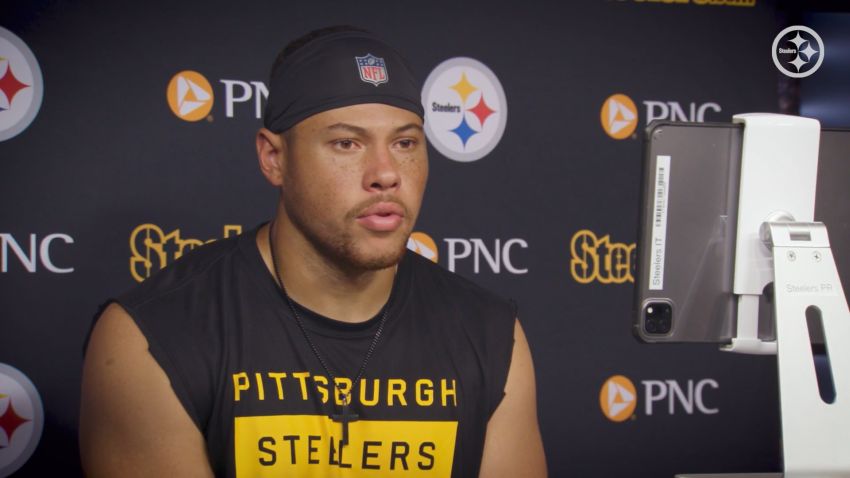 If you’ve been intently following along to the offseason chatter following free agency and the 2021 NFL Draft, chances are you’ve read or heard that Steelers’ second-year pass rusher Alex Highsmith is overlooked, underrated, and a true breakout candidate in the black and gold.

That talk continues as we speed towards the start of training camp as Bleacher Report’s Gary Davenport pegged Highsmith as the Steelers’ biggest sleeper in a recent piece profiling a sleeper on all 32 rosters.

Highsmith appears to be the easy choice at the moment, considering his importance to the success of the 2021 Steelers after replacing Bud Dupree opposite T.J. Watt. The good news for Steelers’ fans though is that Highsmith isn’t stepping into his true starting role opposite the All-Pro without experience, having played 440 snaps last season while taking over for the injured Dupree in Week 11.

“A third-round pick last year out of Charlotte, Highsmith had a quiet rookie year. He played solidly enough against the run (48 tackles) but managed just a pair of sacks despite playing 437 snaps,” Davenport writes. “With that said, Jason La Canfora of CBS Sports believes Highsmith has what it takes to go from sleeper to star this year: ‘Is he going to completely replace Bud Dupree from a production standpoint? Maybe not. Dupree blossomed into an elite pass rusher the past two season. But with the star power on this defense and with T.J. Watt on the other side, and with this staff and franchise that seems to always cultivate impact linebackers – and with a full and normal offseason and preseason – can he take major leaps forward? I wouldn’t bet against it.’ The Steelers need Highsmith to generate pressure opposite T.J. Watt. Otherwise, the latter will be double- and triple-teamed constantly.”

Everyone seems to continue to get lost in the sack numbers with Highsmith from last season, but I’m much more of a process over results guy, especially with younger players. Highsmith showed an advanced pass rush repertoire last season and found himself in the quarterback’s face quite a bit last season, a combined 19 quarterback hits and hurries in 2020.

With a year of experience under his belt and a taste of action as a starter, Highsmith is well prepared for all that 2021 could throw at him in a full-time role. He may be considered a sleeper now, but with Watt opposite him, and names like Cameron Heyward and Stephon Tuitt along the defensive line, Highsmith will be put in advantageous situations as a pass rusher, which should lead to him putting together a strong sophomore season.